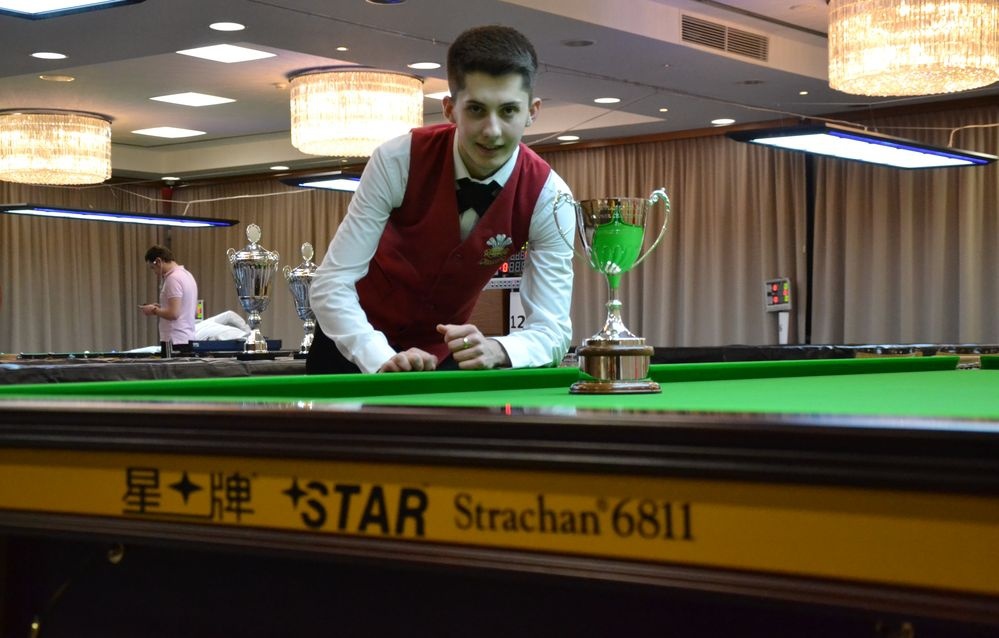 Llanelli’s 17 years old Tyler Rees became the first EBSA U18 European Snooker Champion after beating his fellow countryman and good friend Jackson Page by 5 frames to 2 in the Grand Final.

“I’m over the moon and it’s a dream come true. I thank my mother, family and friends. They have all helped me with lots of messages”.

Tyler will now take the new trophy donated by fellow Welshman Dean Thomas back to Wales.

“Of all the 37 countries the cup might have ended up it has come back home do Llanelli”, said the former welsh international.

Besides 1000 euros Rees received a surprrise prize: the chance to play in next World Snooker Championships qualifyings next April in Sheffield.

Page wasn’t said. “We face faced each other a few times and I’ve beaten Tyler here and there but he played better today and deserved to win. At least it’s good to know the trophy stays in Wales”, said the first European Snooker Championship runner-up ever.

The Grand Final took place at the Haston City Hotel in Wroclaw (Poland) and the snooker world will never forget the four matches and 27 frames played by the new European Champion on Friday during almost 14 hours in the table for the marathon man.