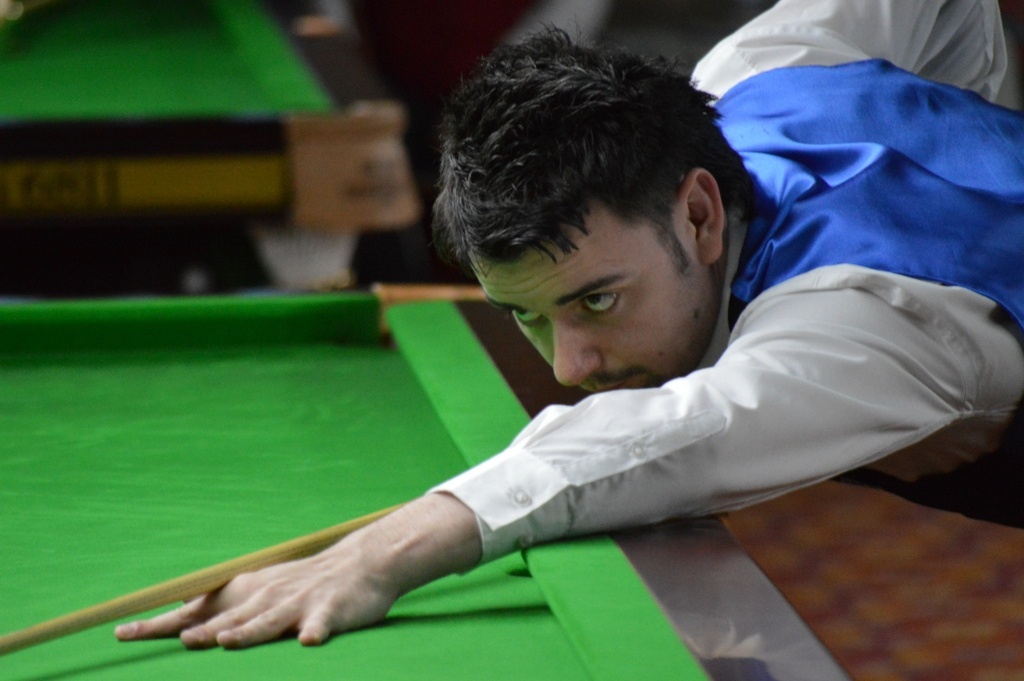 Nick Jennings and Robert Carlisle picked up their second wins in Group P of the mens section this morning thanks to 4-1 victories over Maor Shalom and Spasian Spasov respecitively.

Both were run close by the Israeli and Bulgarian but always looked like winning the matches with Carlisle the only player to notch up a break with a solid 54 in the second frame of his match.

Both these players are expected to contest the No.1 spot when they meet each other on Saturday afternoon.

In group N Jurian Heusdens picked up his second win thanks to a 4-1 victory over Serbia’s Vladan Niskic and he is now tied with two wins with Eden Sharav and Joris Mass at the top of the group.