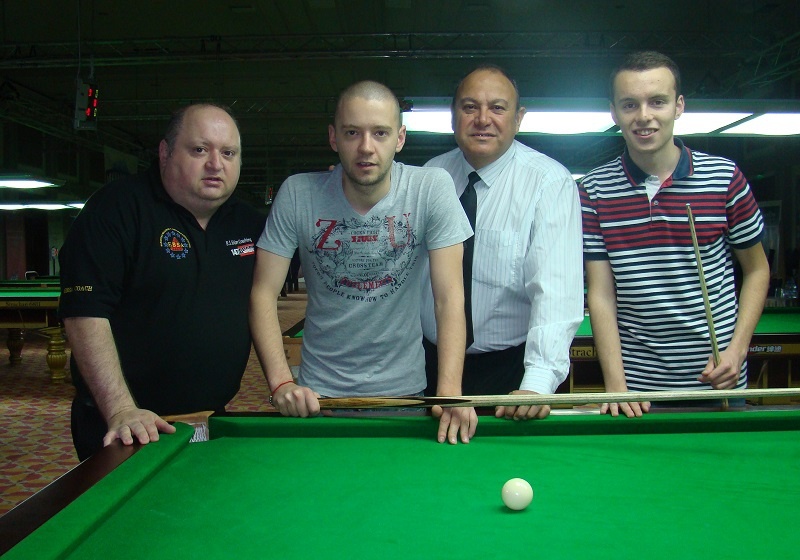 The EBSA Coaching Zone Day 3 with EBSA head Coach PJ Nolan was held with the two top players from Bulgaria this morning in the Ramada Hotel here in Bulgaria. This morning the PJ worked with Bratislav Krastev and Georgi Velichkov on improving their Break Building Skills and fine tuning their playing technique. They also practiced some routines to improve their long potting.

Each morning from 8.30am -9.30am during the 2014 EBSA Snooker Championships, PJ and his team of EBSA Coaches will conduct free sessions for all the players to learn the skills of the game from qualified EBSA coaches. EBSA Chairman Maxime Cassis attended the Cue Zone this morning and was very impressed with the quality of the training and coaching on offer to all the players who are playing in this European Championship. 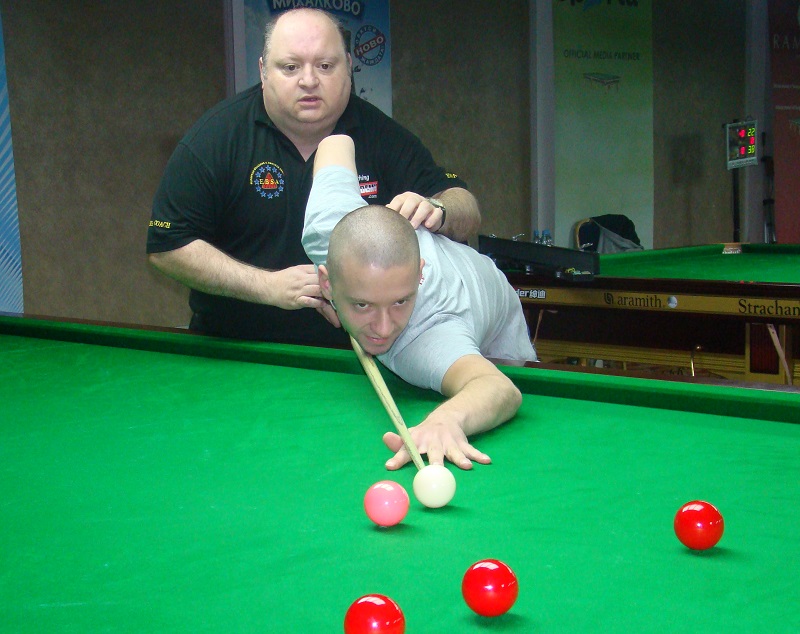