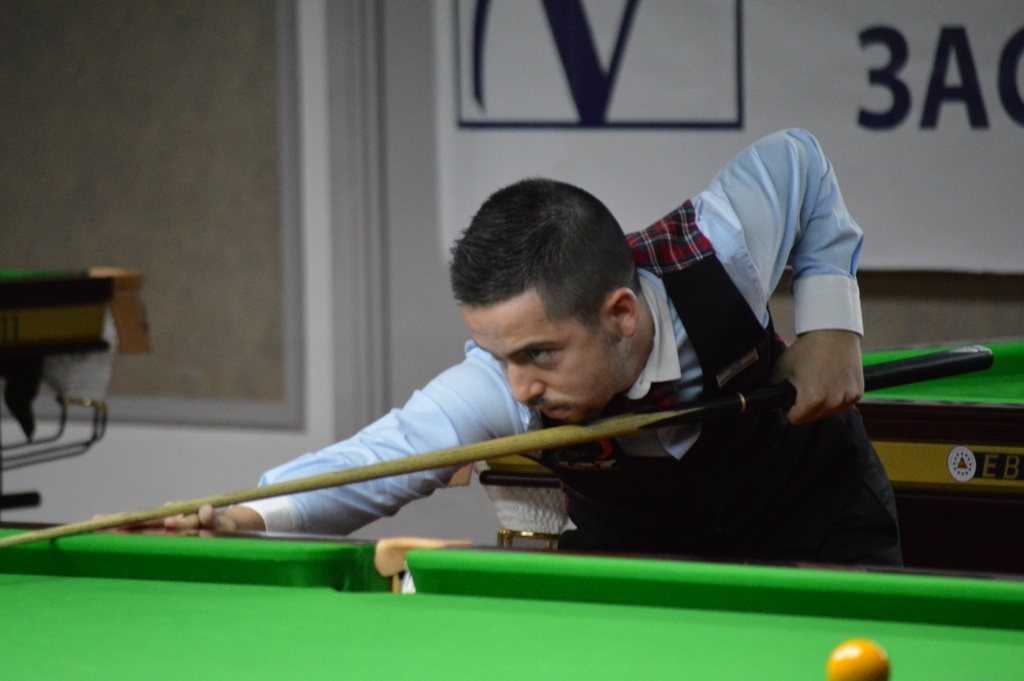 We only had three matches in the mens section at 1pm but the quality was outstanding especially from both Shachar Ruberg and Duane Jones as both finished in style with centuries in their final frames.

Ruberg faced Russian Barseg Petrosyan who held his own for the first couple of frames as he tied at 1-1 until Ruberg heated things up with breaks of 53 and 74 to take a 3-1 lead and produced a superb 114 break in the 5th frame to take the win.

Jones had a similar match in Group D against Yilmaz Yildrim as he knocked in a 90 break to take a 2-1 lead and edged the next frame to leave him one from victory. The final frame then saw the young Welshman compile a 109 break to finish off the match in style.

Also in Group D Krzysztof Wróbel made it two wins from two as he saw off Igor Stefanovic with the aid of 56 and 83 breaks. Both he and Jones now tie with Helgason with two wins each and we should see some great matches later in the week when they all meet.

Note: Rubergs 114 break is available to view on our facebook page.