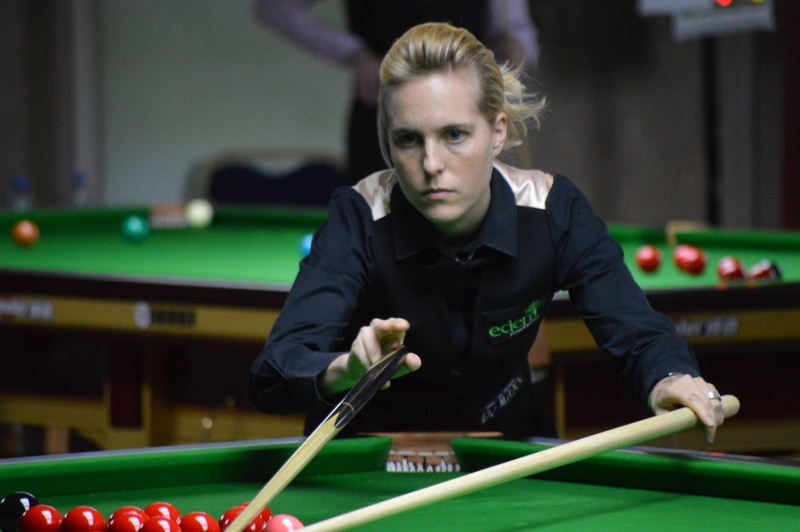 Wendy Jans was in stunning form today as she blew away England’s Vicky Carter with breaks of 91 and 47 in the final two frames of her 3-0 win.

Carter had won her first two matches along with Jans so this was a huge match in the group but the defending champion showed her class and now has three wins from three in Group A.

There were two games then in Group D and Tatjana Vasiljeva was in fine form knocking in breaks of 31 and 41 in her 3-0 win over Belgium’s Kirstin Coun while the other match between Diana Schuler and Christelle Pedat was still in play at the time of writing with Schuler leading two frame to one.

Edit: Diana Schuler finally got over the line winning 3-2 against Pedat after an epic 4 hour 44 minute match.