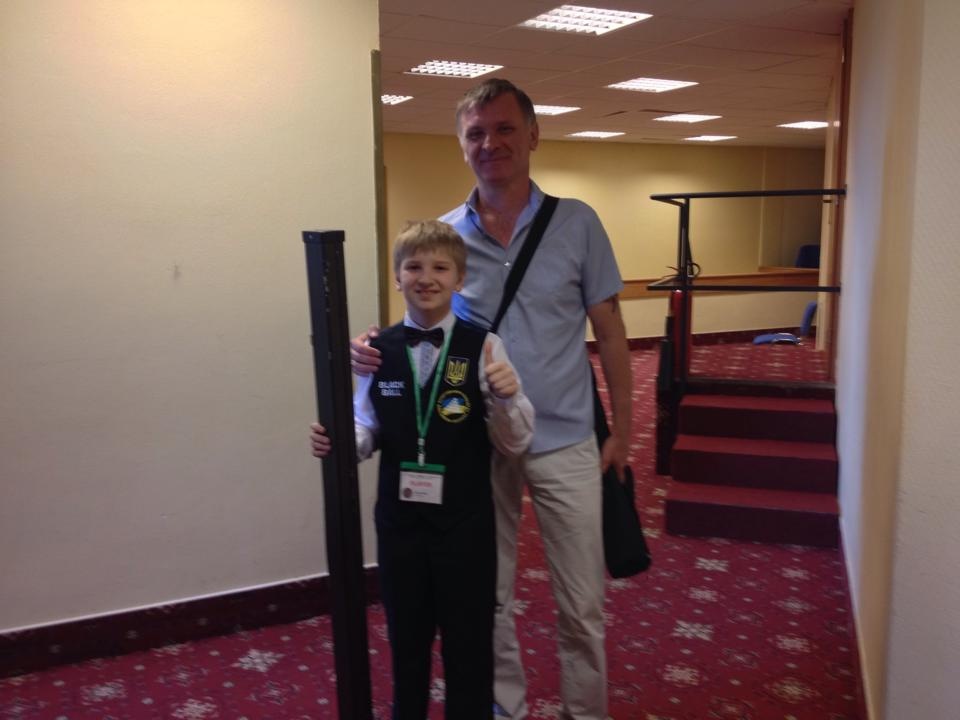 A clear win (4-1) against czech Karel Petrocek, in an European Snooker Championship, aged nine years is something to remember for the rest of your life and tell your grandsons, one day. But that’s precisely what Iulian Boiko, from Kiev (Ukraine) did this Thursday, on his debut in Prague.

Coached by former player Serguey Isaenko for the last three years, and practicing three hours a day (thrice a week), young blonde Iulian is a fan or Mark Selby and has just became his country national under-21 champion one month ago.

«I dream about playing and winning the World Snooker Championships one day, sure. I love snooker. And swimming, my other sport», told us the future star, who already performed breaks of 51 in competition and 66 in practice.

Like the cotton, make no mistake: in Prague, we might just be looking to a future world champion in the next two decades: Iulian Boiko. The reaction of all the other players when they see their opponent, his size and try to guess the age of Iulian, born September 22th 2005, says everyting. All astonished. At the age we use to play with toys, we find a awesome player.