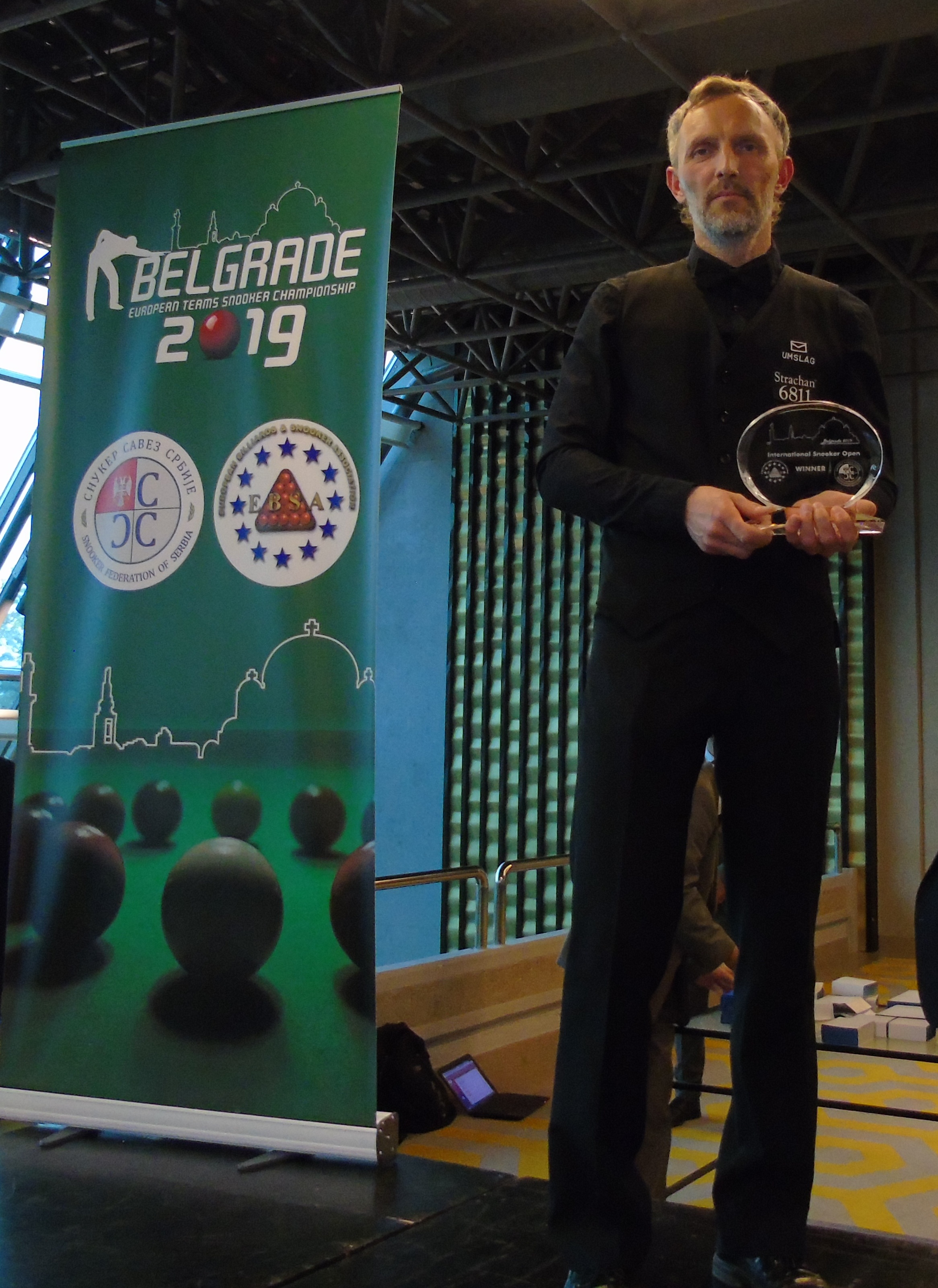 Iceland’s Kristján Helgason becomes the first winner of the ‘EBSA European Snooker Open’ when he defeated Francisco Sanchez-Ruiz 4-1 in the Final.

Head of World Snooker Mr Jason Ferguson also added a nice bonus to the Icelander when he told him that he had received an invitation to the Gibralta Open this year.

It was a fantastic perrromance from Helgason who looked unbeatable through out the tournament and one would image he could be the one to beat in the Masters here in Belgrade.