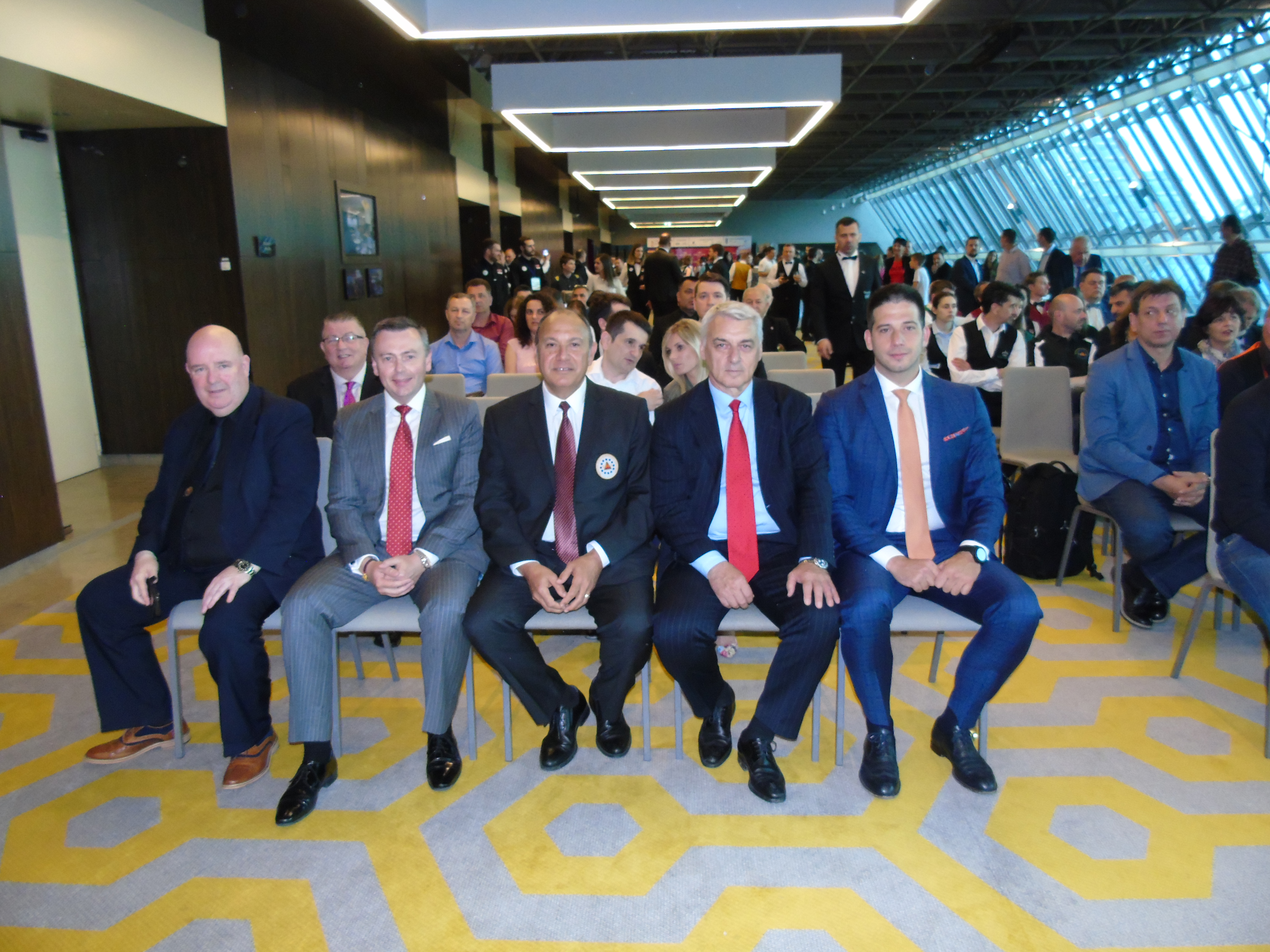 From the WPBSA was Jason Ferguson and the Vice President of the IBSF Mr Jim Leacy and of course the Chairman of the EBSA Mr Maxime Cassis,

Mr Cassis told the large audience “It is fantastic to be here in beautiful Belgrade for this European Championships. We are making history here in Belgrade with the partnership between the WPBSA and the EBSA to improve the accreditation of our top European Coaches and this is a fantastic step forward. We also are present the gold medal prizes to Kristján Helgason for his victory in the EBSA European Open and in the EBSA European ‘6 Reds’ Alexis Callewaert. This particular victory with Alexis is very close to my heart because of my 25 years involved with European Snooker, this is the first French European Champion, so I will never forget Belgrade”.

Also in attendance were the Referee’s, the Players and all the Officials from the Tournament Team and the volunteers from the Serbian Association.