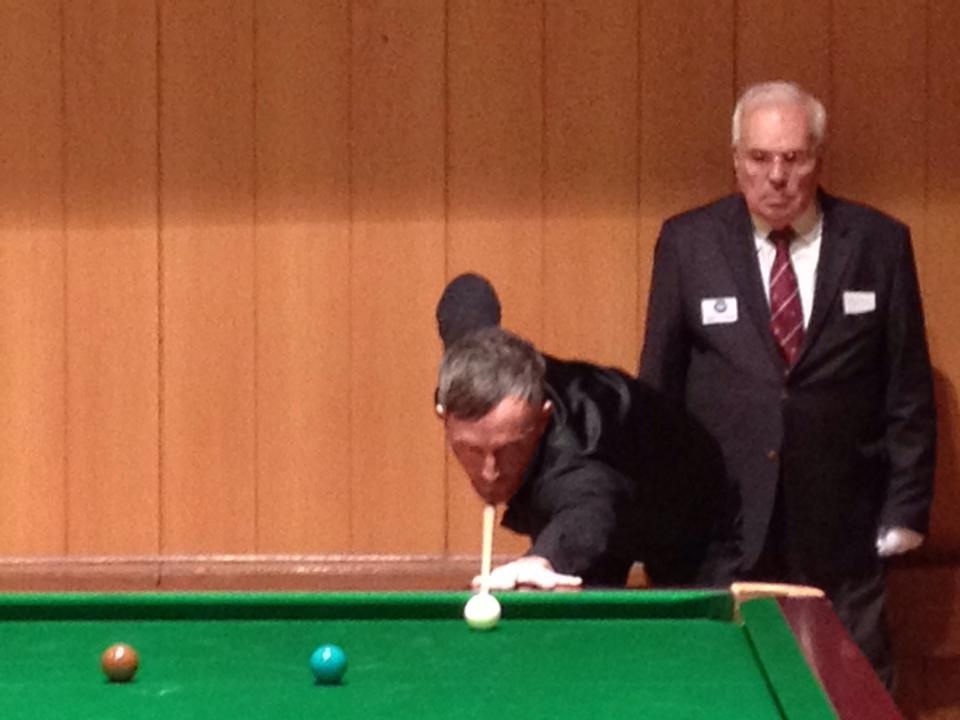 When his partner in Iceland team was playing fifth and final frame of the first match of the country in the 2015 European Snooker Team Championships that take place in Malta, the former 1998 european champion and U21 world champion was not there anymore: Iceland was leading Romania 3-1, the win was already assured (3-2 was the final result).

And it’s not every day that Iceland’s star has his 41th birthday. Krisjtan Helgason celebrated among the family of snooker another year.

In 1 of the 10 tables of the main arena just aside (four more are situated in another location), Germany’s Ladies team showed their power. Diana Dtateczny and Jenn Zehentner (Team Germany 1), Stefanie Teschner and Diana Diana Schuler (Team Germany 2) are already known in Malta as Princess Teams. Their first names explain why.