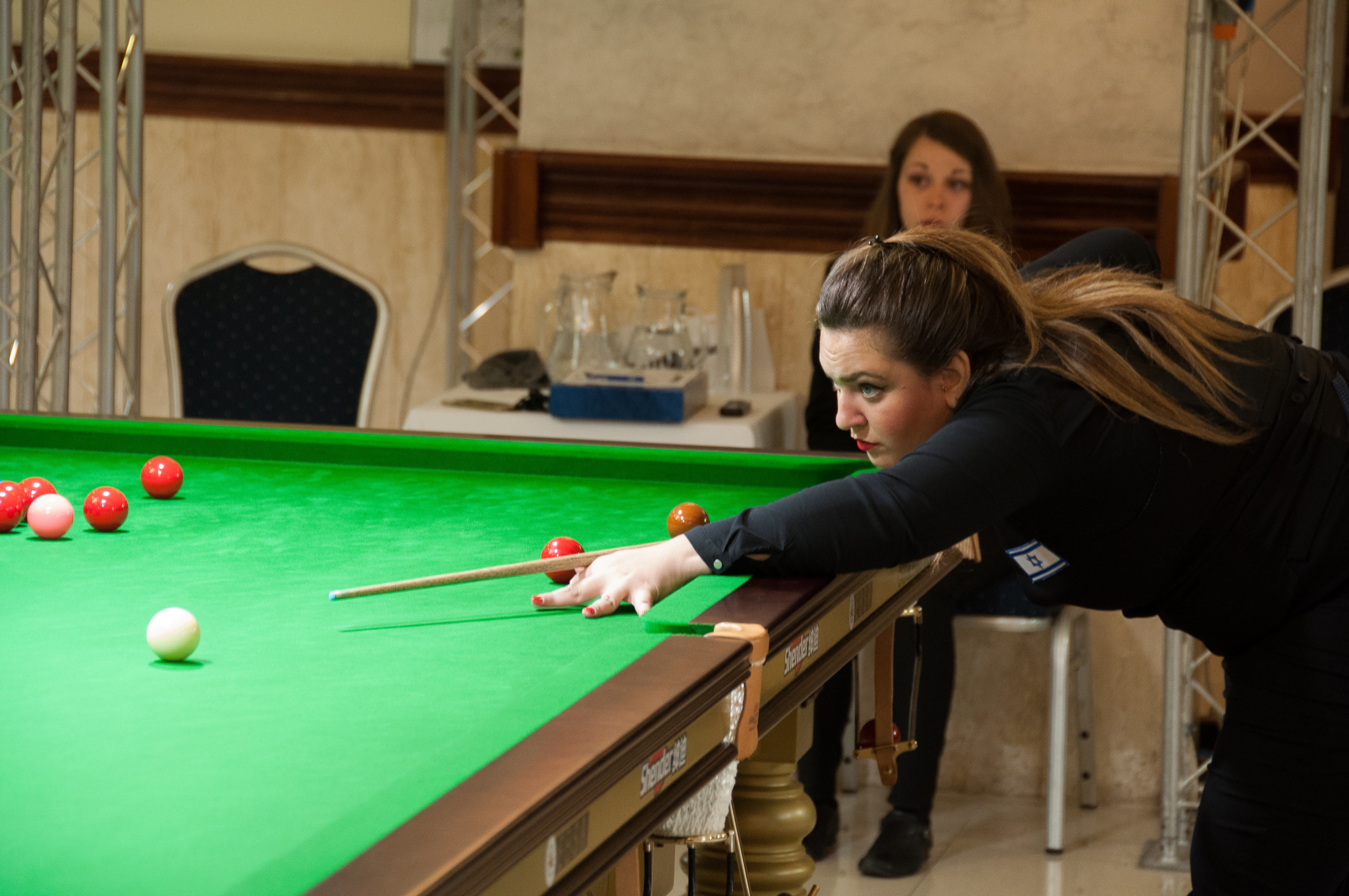 Five frames, 10 reds on the table. Giving their first steps in this variant of billiards, Ladies Team’s taking part at the European Championships that end next April the 1st in Malta develop fast. Best breaks are still far away from which men’s score, matches still can last for five hours for five frames, but the beautiful game is much richer with everybody trying to snooker its opponents or to pot all the balls in one visit to the table.

In Ladies Team’s European Snooker championships, with ten teams competing in two groups for the round-robin stage, at the beginning of this Sunday, third day of the competition, main favourites already left their mark.

In Group A, Germany (+6 in frame difference), Russia1 (+3) and Bulgaria look nice to advance (first three of each group get to the knockout stages), while in Group B Belarus (+4) and France (+4) have their visas, while Germany1 (+1) and Russia2 (+1) struggle for last seat.

In Team’s Masters competition (24 teams divided into four groups of six each, top 4 get to Last 16), welsh Darren Morgan and Elfed Evans keep flying in Group D: won 10 frames out of 10, in two matches. Ireland2 (+3 in frame difference) and Wales1 (+11) already set their marks to ge to next stage.