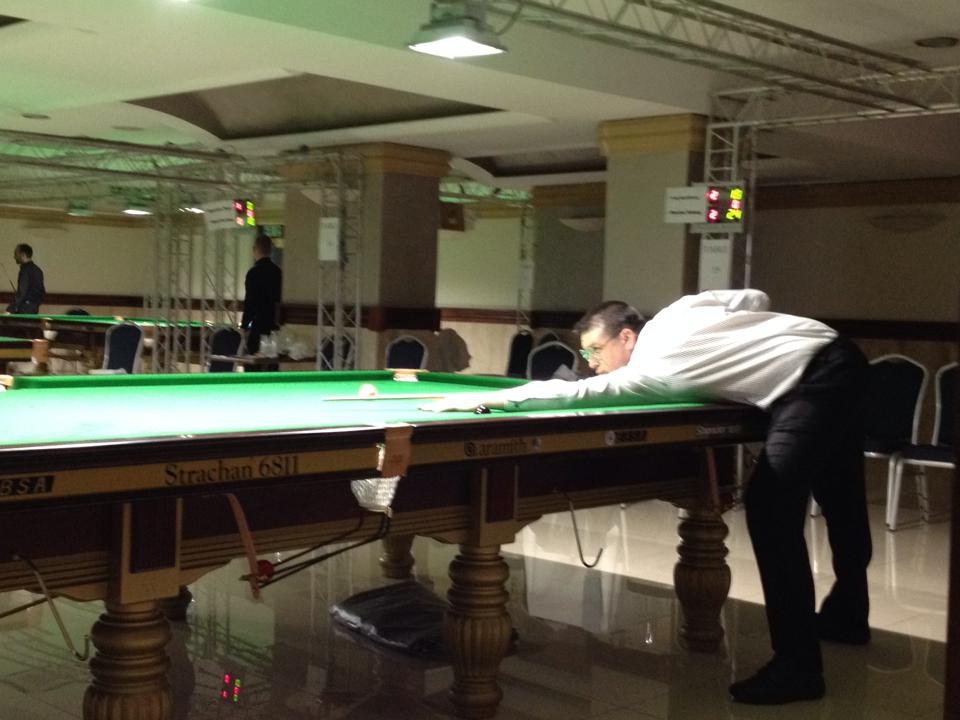 John Higgins is a four times world snooker champions, but the source is far from getting dry in Scotland. Impressive performances this Sunday, both in Men’s Team’s European Championships matches such as in Six Reds qualifying for World Championships have been provided to the crowd by Craig MacGillivray.

Former professional, Craig quitted the circuit ten years ago but still shows top shape. «It’s like riding a bycicle, once you learn, you’ll never forget. It’s a good addiction», told us one of Scotland2 Team’s pair, along with Paul McPhilips.

Craig started playing in the professional circuit when he was 18 (1992), and had in 2001 his best year, with £ 25 thousand, before change his life and leave snooker in 2005. Nowadays, at the age of 43, Craig lives in Edimburgh and he explores a taxi. He drives it, and has two assistants also to do it.

But the appeal of representing Scotland is always irrefusable to the talented scottish, who is on his way to qualify for 6 Reds World Championships after beating Israeli Shachar Ruberg (4-2) and got his second consecutive win in round-robin stage of the tournament that takes place at the Dolmen Resort Hotel, in Malta.

Now, it’s time to clean the dust and show all he’s still in top shape, so that his three years old son, Brody, and his girlfriend, Sammy, who came also to St. Paul’s Bay to support him, can appreciate his art. And believe us: you can see top quality when the man is cueing. It’s frightening just to see his facial concentration: the bulldog’s face that is fellow countryman Stephen Maguire celebrizes also in the present days.