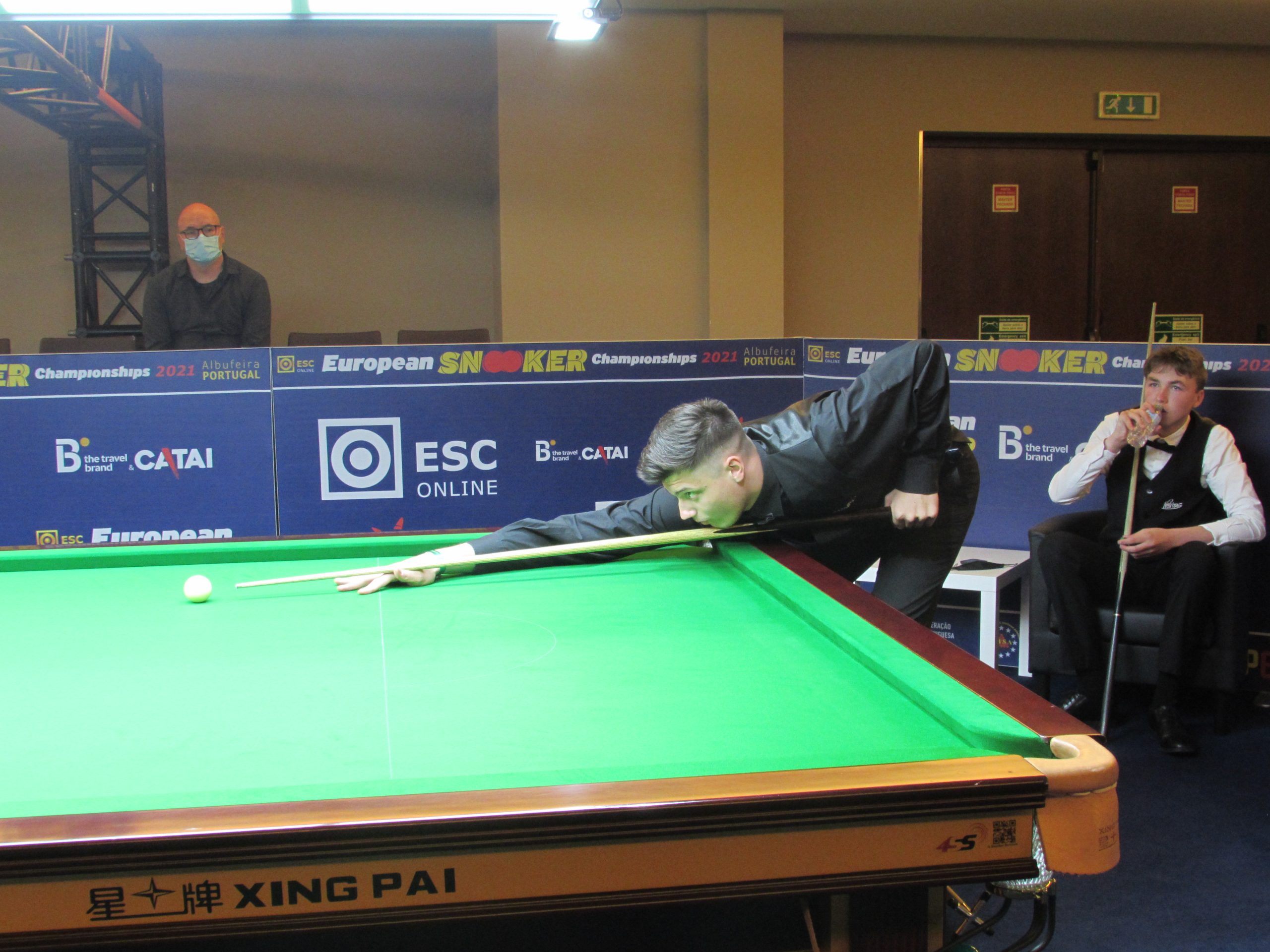 18 years old Belgian Julien Leclercq will still play the Men’s Teams event at this Albufeira’s EBSA 2021 European Snooker Championships but has played until this Monday a absolutely astonishing number of 23 matches played at the VidaMar Resort Hotel Algarve since October 2th in three of the four events the U18 and U21 runner-up applied for.

Julien played 8 matches in the U18 event and 9 at the U21 one – including losing both finals in just four days, to Ben Mertens (3-4) and Welshman Dylan Emery (2-5) -, wasn’t at the Six Reds event and saw his running of 6 matches more at the Men/Mixed event being stopped in Last 16 round by Finland’s Robin Hull, who beat him by 4 frames to 1. But Leclerq will still play the Men’s Teams event…

In second place more matches at this 2021 championships ranking standings comes 16 years old Anton Kazakov: the Ukraine cueist has a total of 21 matches played so far in four events and also like the Belgian will play Men’s Teams event at Salgados.

Since October 2nd, Anton started with 5 matches in the U18 event, added 8 more at the U21 competition, 2 more matches in the Six Reds Event and lost in Last 16 round of Men/Mixed event by 4 frames to one to Russia’s Ivan Kakovskii.

6 more matches for Kazakov service sheet in the fourth 2021 EBSA European Snooker Championships event, besides of having still the Men’s Teams to add some more. Fabulous.

The Wetteren born cueist played 8 matches at the U18 event to get the crown, plus 7 at the U21 tournament until the quarterfinals (lost in the decider to Anton Kazakov) and another 5 matches on the Men/Mixed event, where he was stopped losing by 4 frames to 2 to England’s Sean O’Sullivan.

Only one match less than Ben Mertens played Poland’s Antoni Kowalski at Albufeira and still can top this list at October 17th, when all the events are concluded: the 16 years old player already played in 19 matches in three events at the 2021 EBSA European Snooker Championships… and will still play Men’s Teams event.

Kowalski has played 6 matches at the U18 event and 9 matches in the U21 plus 4 more duels in the green cloths at the Men/Mixed tournament.

Four teenagers. Energy and power to play, the four… 83 matches in Salgados. Total respect, dedication, devotion and love for the game.