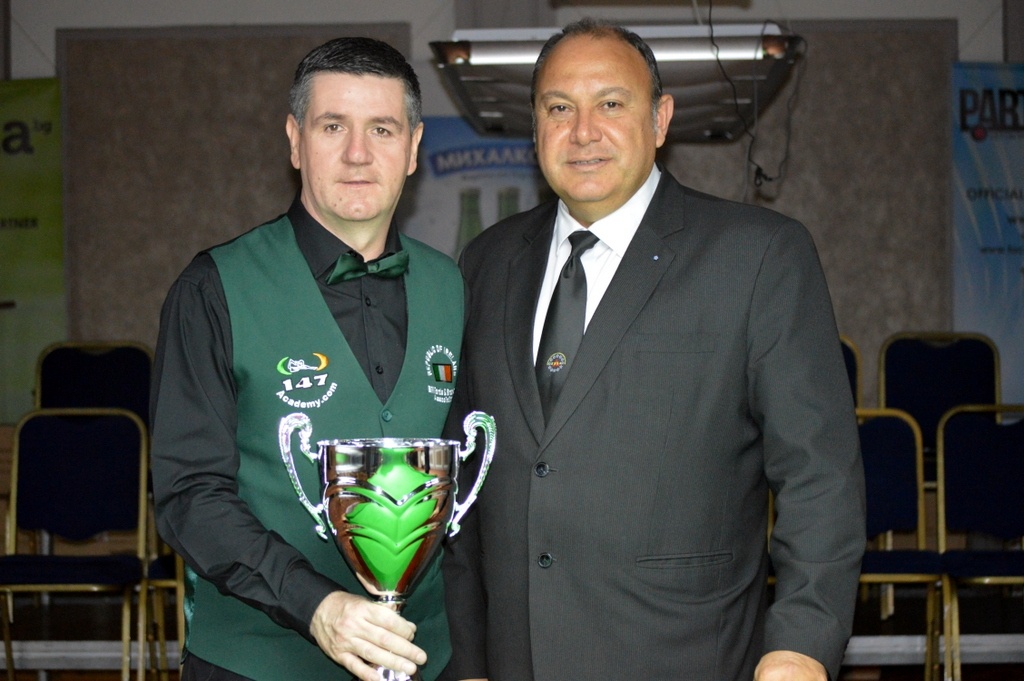 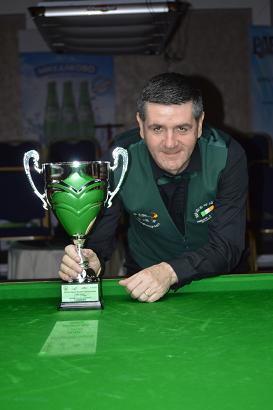 Ireland’s Mark Tuite has just been crowned the 2014 European Masters Champion after he defeated Belgium’s Alain Vandersteen in a trilling final frame decider here in Sofia this afternoon.
The first four frames of the day were shared before the interval but Vandersteen stole the 5th frame 65-62 on the black ball to go 3-2 ahead despite a 53 break by Tuite.
The Belgian then followed that up by knocking in a great 99 break to take a 4-2 lead before Tuite took the 7th frame 53-21 to keep him in the running.
Alain Vandersteen then made a huge error to leave Tuite back into the match. Vandersteen had been leading 27-0 until Tuite had a break of 37 and just after that Vandersteen made the error of rolling up behind a free ball to snooker Tuite.
This being a foul Vandersteen left himself snookered on the last red and give away 16 points in fouls and Tuite eventually went on to win the frame and get right back into this match.
Tuite then took the lead 5-4 thanks to a solid 50 break only for Vandersteen to force the decider thanks to a 42 break of his own.
The final frame was a nervy affair and both players had their chances but it was Tuite who prevailed was crowned 2014 European Masters Champion.
Tuite played great snooker all tournament and produced some memorable performances especially from the knockout stages on where he defeated Wayne Brown, Rune Kampe and especially Darren Morgan on his way to the final.
Mark will be presented with the trophy again tonight at the closing ceremony where we are sure the Irish will celebrate his win with a pint or two! 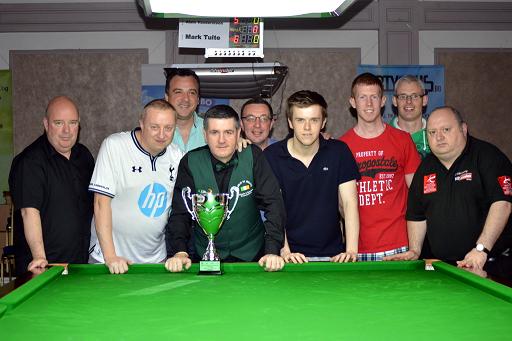