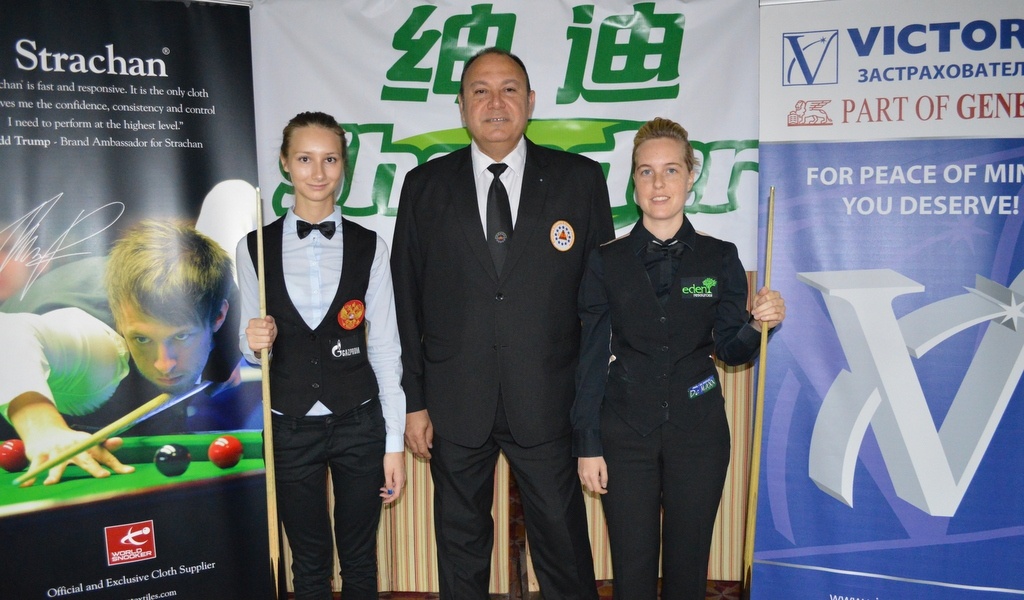 Wendy Jans has just successfully defended her European Ladies title after she whitewashed Russia’s Anastasia Nechaeva 5-0 this morning in Sofia.
The Belgian opened up with intent today knocking in a 42 in the first frame and then despite a 37 from Nechaeva the Belgian took the next frame on the colours. 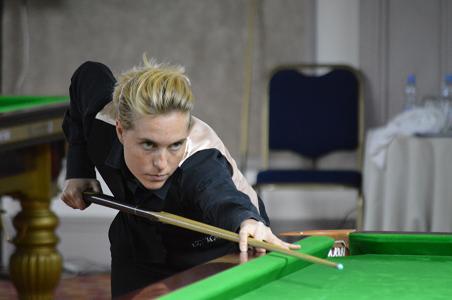 Wendy extended her lead to 3-0 thanks to a 65-14 frame win in the third frame and then a 32 in the next helped her to a 75-26 win to leave her totally in control heading into the interval.
Wendy then took the final frame 56-21 to take the match and the title of 2014 European Ladies Champion.
The Belgian had played superb all week not dropping a single frame in her group game matches and then reached the final after wins over Jana Mitova of Bulgaria in the Last 16, the Ukraine’s Maria Bucharska in the quarters and Diana Stateczny from Germany in the semi finals.
Indeed the frame she lost to Bucharska was the only frame the champion lost over the duration of the tournament. The official presentation of the trophies will take place at the closing ceremony tonight and we will post all the pictures from the night right here.
View Full Results