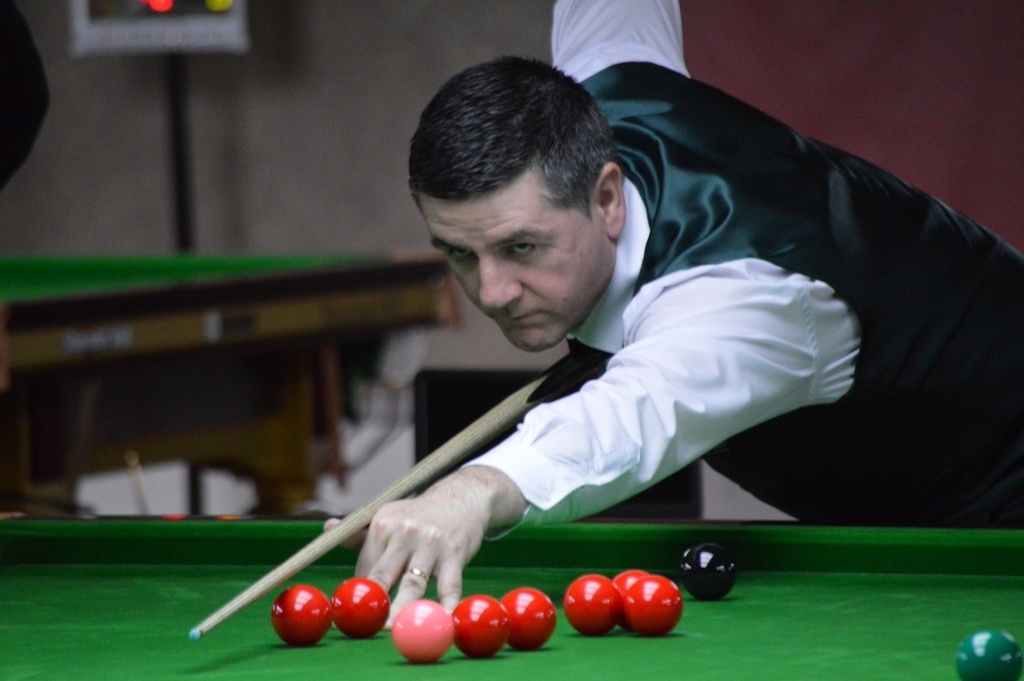 Ireland’s Mark Tuite produced the performance of his career to knock defending champion Darren Morgan out of the European Masters Championships this evening in Sofia. Darren started well taking the opening frame only for Tuite to knock in a superb 98 break in the second frame and followed it up taking the next and a 2-1 lead. Morgan however had a 49 break in the next frame to draw level and 2-2 before the interval.

Morgan took the first frame after the interval with the help of a 42 break only for Tuite to level the proceedings at 3-3. The next frame saw Morgan knock in a 64 break but a superb 53 clearance by Tuite left him only one frame away from his first Eurpopean Masters Final. The last frame went to the wire and it was Tuite who produced a superb 25 clearance to take the frame 65-52 and the match.

The Belgain extended his lead with an 81 break in the third and then made it 4-0 before the interval. Bodle however rallied and took the next three frames to put Vandersteen under pressure with the score back to 4-3. Vandersteen however held his nerve in the final frame and ran out a 76-43 winner to put him through to face Tuite in the final.

The first session of the final will take place at 10am tomorrow. View Full Scores