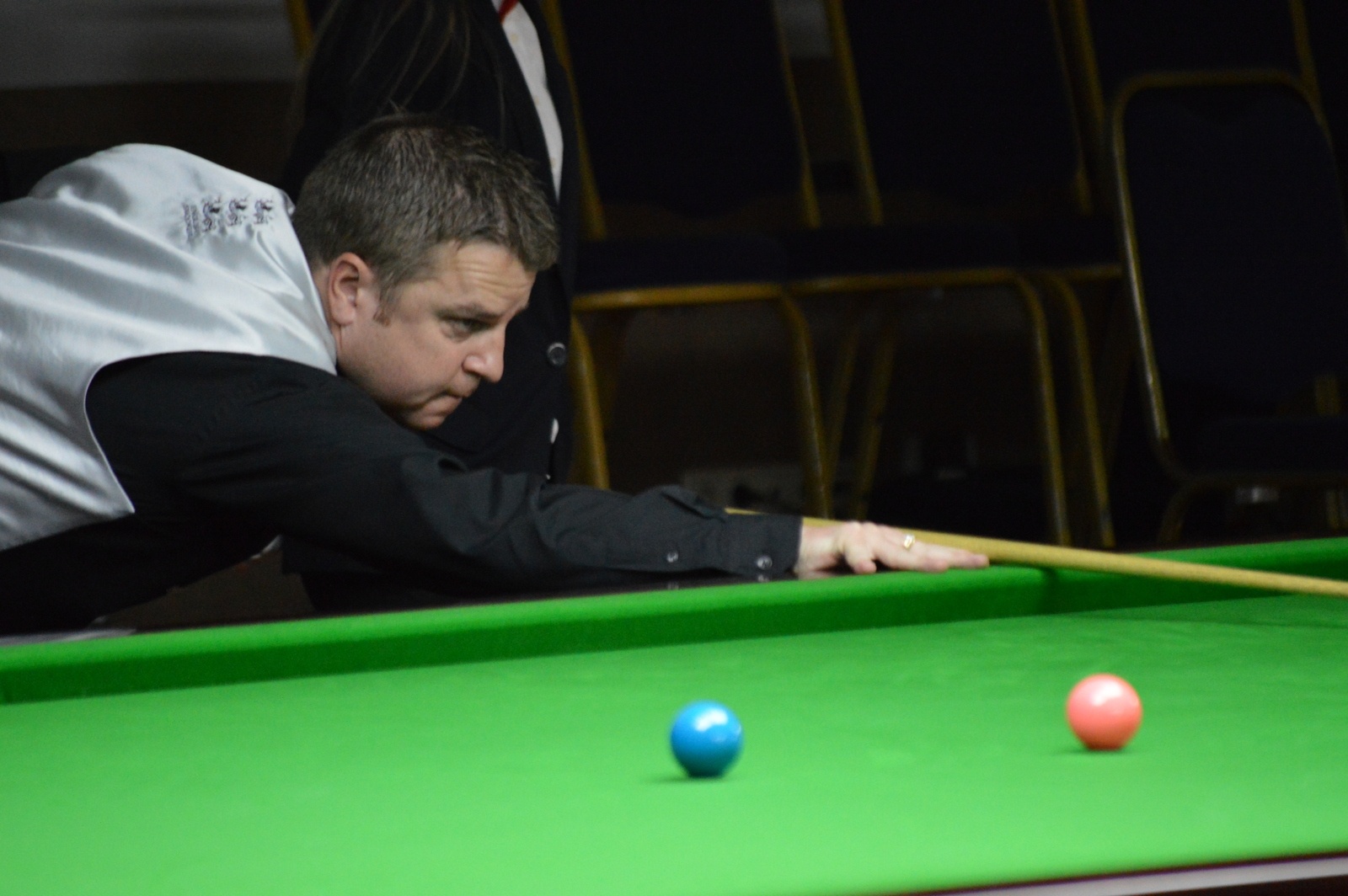 England’s John Whitty produced a solid performance today to reach the final of the European Mens Championships beating Nick Jennings 6-3. Whitty started well winning three of the four frames before the interval with a top run of 59 in the fourth frame.
He extended the lead to 4-1 with a 63 break and then took the next frame on the black as things started to look bleak for Jennings. Then despite a 51 in the next Jennings took the frame and then made it 5-3 taking the next on the black.
Whitty was not going to let this slip however and he eventually took the following frame 76-44 to put him through to tomorrow’s final where he will now face his fellow English player Mitchell Mann.
Mann started his match this afternoon in blistering form with breaks of 73 and 52 in the first frame against Duane Jones and follwed it up with a 54 in the next to take a great early 2-0 lead. Duane had a 68 in the next frame as he pulled that and the next frames back to level at 2-2 at the interval.
Jones then took the lead thanks to a black ball finish but it was Mann that won the next on the black and then took the next 110-4 to put him 4-3 up. Jones leveled again with a 62 break in the 8th frame and Mann then put himself one frame from the final with a super 90 break in the following frame.
It was all Mann in the final frame as he ran out a 86-0 winner and booked his spot in the final against Whitty at 10am local time tomorrow. The final will be streamed live on www.ebsa.tv so check back here from 10am.
View Full Results