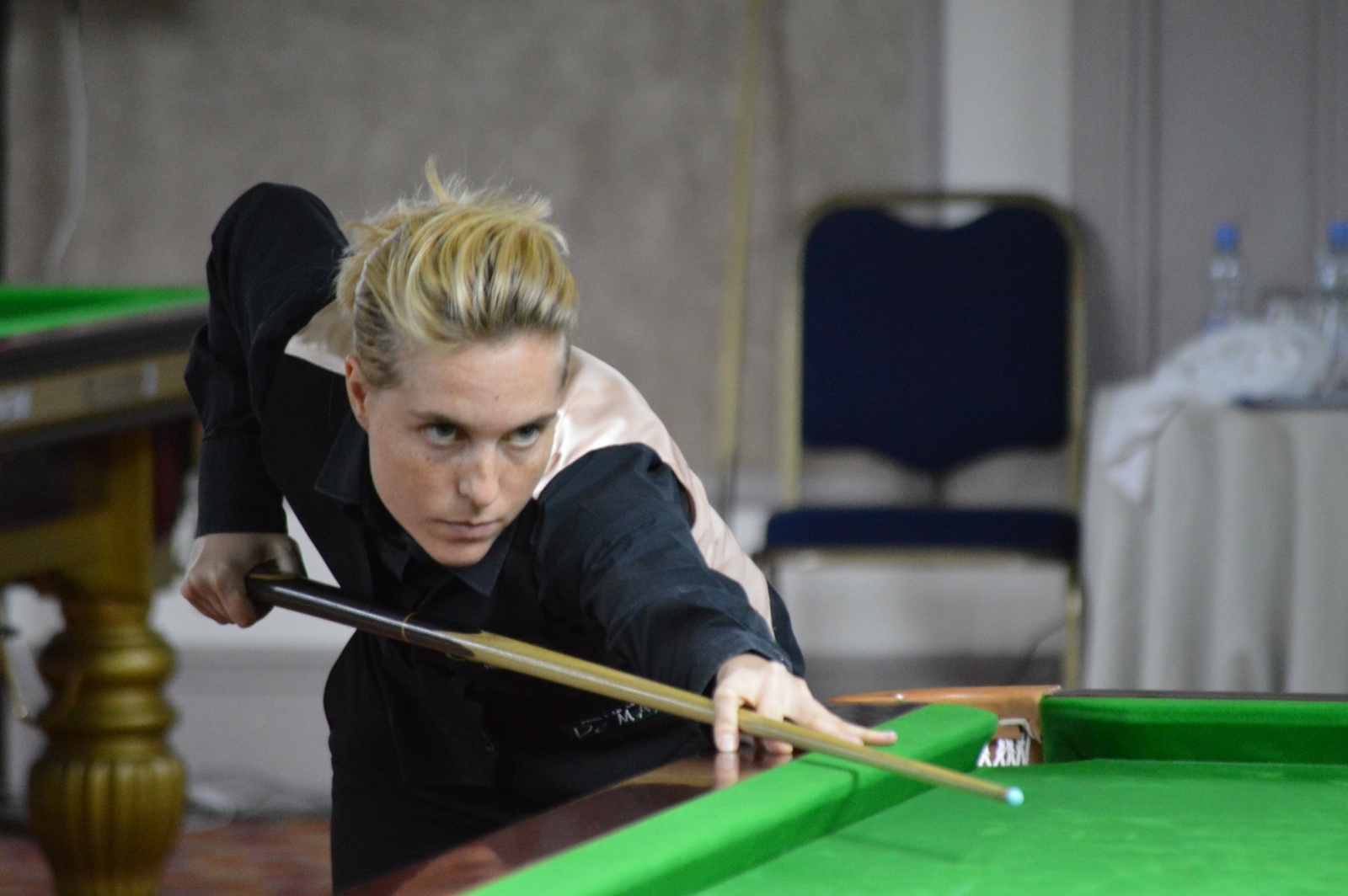 Belgium’s Wendy Jans produced some unbelievable snooker here this afternoon to defeat Germany’s Diana Stateczny 4-0. The defending champion only took the first frame of the day on the black ball but followed that up with a superb 93 break in the second frame.
She took the third frame 69-23 and despite Stateczny starting the next frame well and leading 23-7 Jans knocked in a great 82 break to take the frame and match and reach the final tomorrow where she will take on Russia’s Anastasia Nechaeva in a repeat of last years final.
Nechaeva played her Russian doubles team mate Daria Sirotina in the semi final and the duo shared the first four frames before the interval with Sirotina knocking in a 52 in the 4th frame to level at 2-2. Nechaeva took the 5th frame to leave her one frame from victory only for Sirotina to level proceedings yet again and force the decider.
It seemed destine however that we have a repeat of last years final however and Nechaeva made sure of it running out a 49-21 winner in the last.
The final will take place at 10am local time alongside the Mens and Masters Finals. View Full Scores