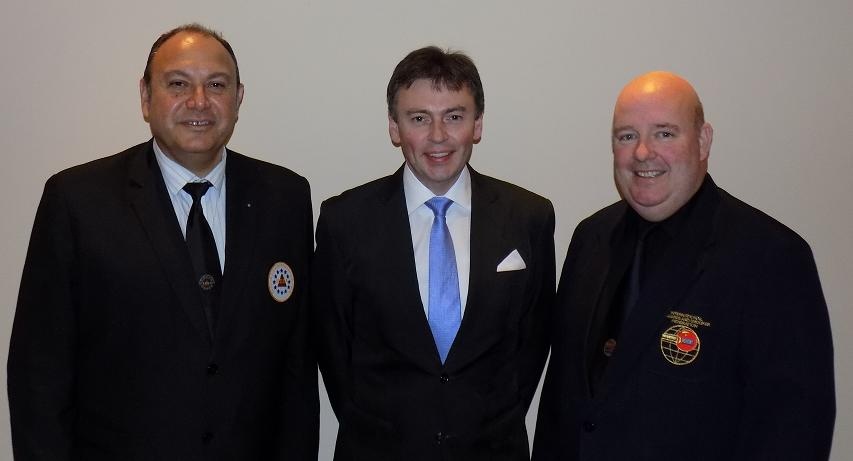 The AGM of the European Billiards and Snooker Association took place here in Sofia yesterday and we were joined by WPBSA Chairman Jason Ferguson.
Maxime Cassis and Jim Leacy representing the IBSF took this opportunity to meet with Mr.Ferguson later in a meeting of the World Snooker Federation which is the umbrella organisation for amateur and professional snooker.
At the meeting they discussed issues which Jason will be bringing up on behalf of the WSF at an upcoming meeting with the World Confederation of Billiards Sports in London on June 11th.