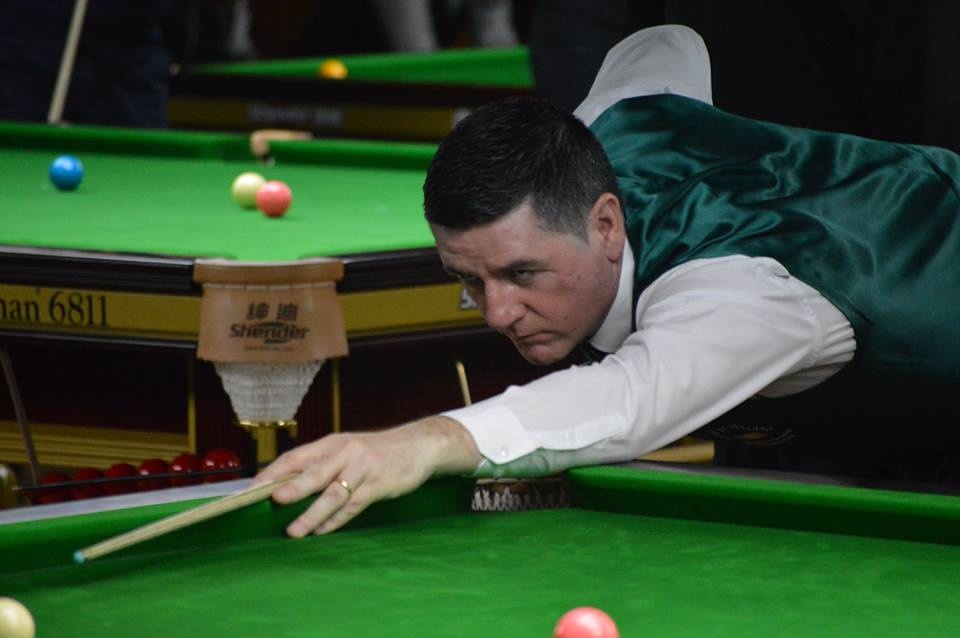 Scotch Doubles seems to suit the defending masters champions Mark Tuite and Anthony Bonnar as they combined to knock in yet another impressive break of 93 this morning against Daniel Bontea and Ivan Redak of Romania’s 1st team.

They started slowly with Tuite losing the first frame to Bontea but won the next four frames handy for a 4-1 victory. This is their second break over 80 in the scotch doubles in the three frames they played to date.

Elsewhere in the Masters Event Romania’s 2nd team of Marcel Bera and Marius Ancuta had a solid 4-1 win against Israel’s second team of Ygal Pagliari and Yehiel Elimalech to put them in a good position to qualify out of Group B in the Masters event.

While Israel’s 1st team beat Romania’s 4th team 5-0 in their match in Group A to keep them in contention for a qualifying spot.
England’s masters team of Michael Henson and Jamie Bodle played some great snooker this morning with breaks of 49, 55 and 73 to defeat Russia 2 and now top Group B with 13 points after three matches.