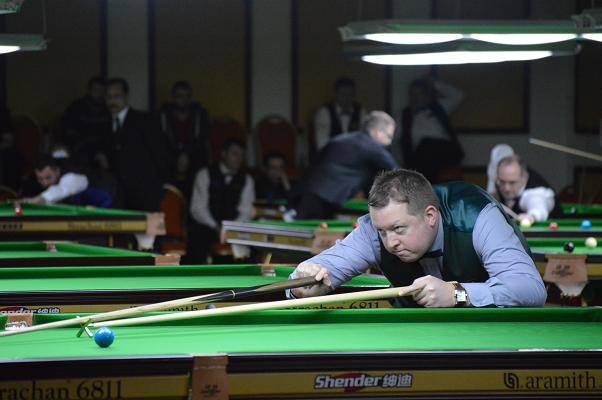 In the Mens section this morning Ireland’s Robbie Muphy hit a great 115 clearance in his individual match against Romania this morning to help Ireland 1 to a 5-0 victory.

Ireland now lead Poland 3 by only one point in Group A after Poland saw off Germany’s second team 4-1 this morning to move into second place. Germany are now only one point behind on 12 points but have played a game extra. 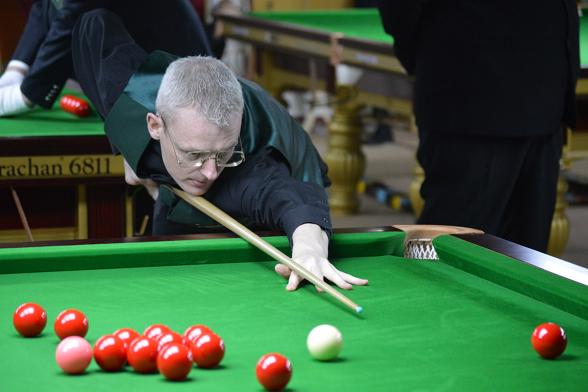 In Group B Rodney Goggins and Jason Devaney of Ireland 2 recorded a 5-0 victory over Romania 8 this morning. Devaney opened with a 53 break which was followed by Goggins knocking in a 62 to take the second frame.

They won the next two frames with ease before Goggins knocked in a 64 to close out the match.

Also in Group B Israel’s Shachar Ruberg and Maor Shalom had a 4-1 win over Finland with Ruberg knocking in breaks of 68 and 50 in his individual frames.

The other match in this group this morning saw Lithuania beat Romania 3 by three frames to two to keep them in the hunt for one of the four qualifying spots.

The big upset of the day so far is that of Germany’s first team of Robin Otto and Miro Popovic beating Malta even though Duncan Bezzina had a great 106 in the first frame and Alex Borg saved the last frame with a 99.