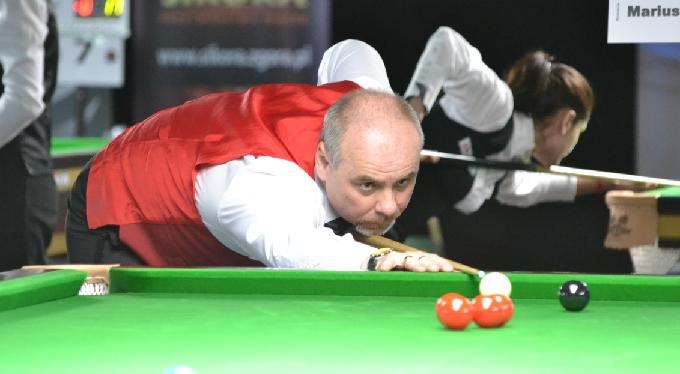 The quarter finals of the European Masters have now been set with Darren Morgan leading the line up although it came at a cost as the Welshman lost his first frame in the tournament since the 2011 event. Darren had a very tough Last 16 match against another ex-pro Craig McGillivary but the Welshman started strong with breaks of 48 and 60 to take the first two frames.

McGillivary did however force a respotted black in the next but missed a couple of chances to take the black and Darren took the third frame also. Craig did take the next frame well but Darren closed out the match with an 86 in the last frame to see him into the quarters where he will now face Poland’s Rafal Jewtuch who beat Allan Norvark 4-2.

Welshman Ian Sargeant had breaks of 58 and 62 in a solid 4-0 victory over France’s Stephane Ochoiski and he will now face a tough match against Rune Kampe who saw off Ireland’s Mark Tuite 4-3 after coming back from 3-2 behind.

In the bottom half of the draw Peter Bertens from Netherland’s had no answer for Costas Konnaris losing out 4-0 and now Konnaris will face Pal Vanatra from Hungary who beat Ireland’s Anthony Bonnar 4-1.

The final match up of the quarter finals will see Alan Trigg face off against Ireland’s Frank Sarsfield with the duo beating Mario Van Herk 4-0 and Yvan Van Velthoven 4-2 respectively.