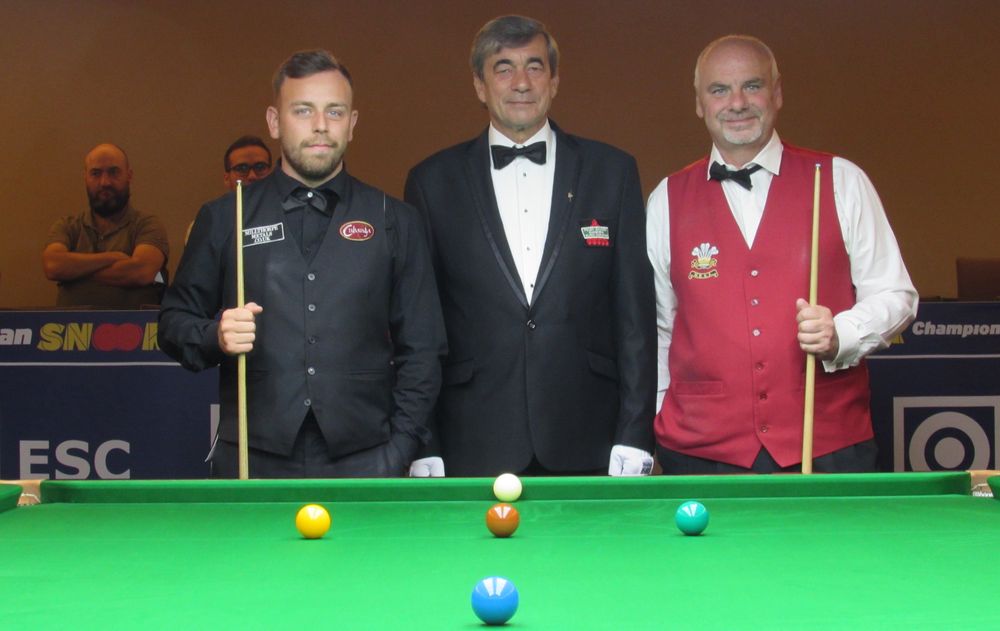 England’s Oliver Brown and Welshman Darren Morgan are playing the best of 7 frames semifinal 2 of the 2021 EBSA European Snooker Championships at Albufeira’s VidaMar Resort Hotel Algarve to get the second spot in the most wanted match.

Russia’s Ivan Kakovskii previously beat England’s Sean O’Sullivan by 4 frames to 1 and got the first of two chairs at the Men/Mixed final to be played still this Tuesday starting 5 p.m. best of 9 frames.

After Belgian Ben Mertens (U18), Welshman Dylan Emery (U21) and Estonian Andres Petrov (Six Reds) the fourth of nine European champions to get crowned until October 17th will be found this Tuesday afternoon: he will succeed Welshman Andrew Pagett as European Champion.

The round-robin stage matches of Seniors and Women events are also on their way at Salgados.