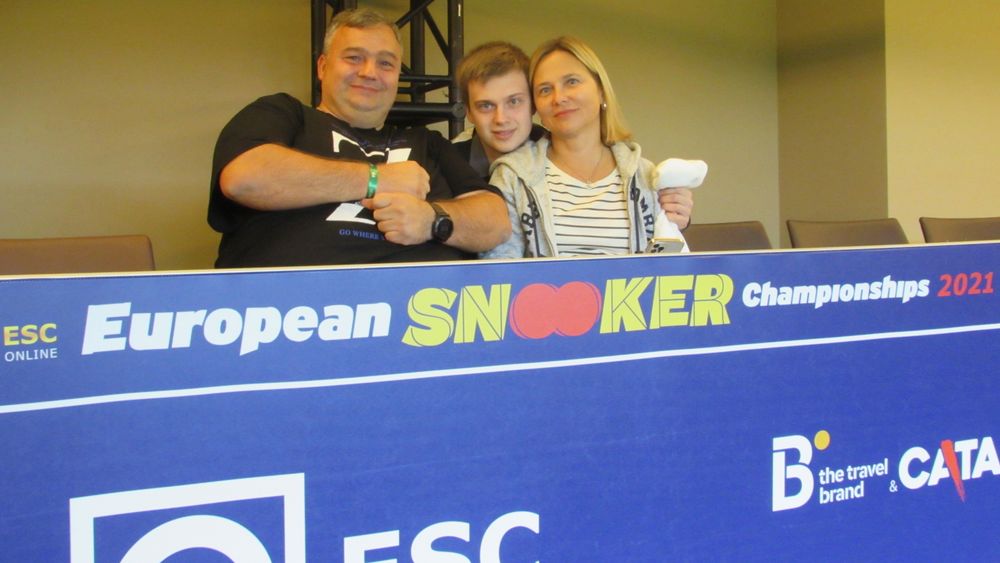 Aged 22, Ivan Kakovskii will meet at 5 p.m. best of 9 frames final Welshman Darren Morgan or England’s Oliver Brown – who will decide the second spot in the big match in semifinal 2, starting 12 o’clock and also to be played best of 7 frames.

The new European champion, who will succeed Welshman Andrew Pagett, will be crown today: the winner gets a nomination from EBSA to World Snooker.

Along with the Men/Mixed event, 80 competitors are also playing best of 5 frames simultaneously since Monday night sessions the Seniors event round-robin stage matches.

In a busy morning at the 16 tables at Salgados, 32 ladies are also already battling also: it’s the start of Women event with best of 3 frames matches on the run by now.

Three events in progress – Men/Mixed event will end today – after Belgian Ben Mertens won the U18, Welshman Dylan Emery got the crown in the U21 and Estonian Andres Petrov triumphed in the Six Reds event.

The race to succeed Welshman Andrew Pagett’s as European king is now two matches from the end. Hungarian Gergo Almasi, assisted by fellow countrywoman Veronika Kovacs, will referee the Final.