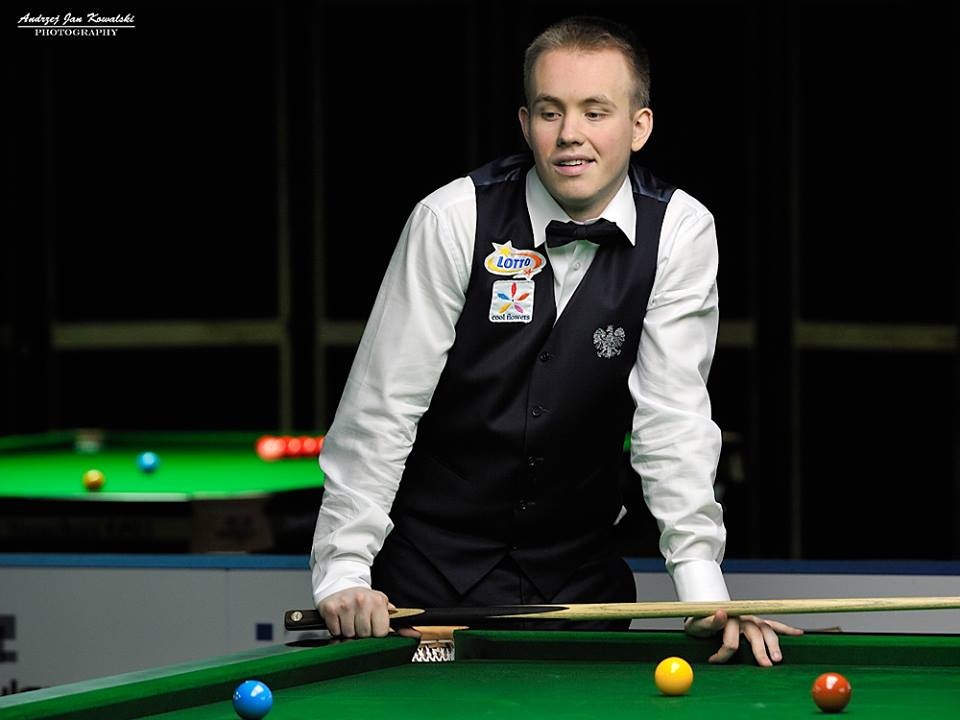 The line up is now complete for the Last 16 of the men’s section of the European Championships here in Zielona Gora. However the host country will be disappointed after a number of it’s big name players crashed out with only Adam Stefanow, Michael Zelinski and Kamil Zubrzycki left to carry on.

Zelinski played a superb match against Duane Jones from Wales finally getting over the line 5-4 with a 61 break in the final frame, (View Scoresheet) while Zubrzycki had to fight back from 4-3 down to win the final two frames to beat Sascha Lippe and will now have to face David Lilley.

Elsewhere Marcin Nitschke who is one of the main organizers and sponsors of the event lost out 5-3 to Israel’s Shachar Ruberg. In other matches Belgium’s hopes will be with Peter Bullen who saw off Andreas Ploner 5-2, Roman Dietzel had a great 5-4 victory over Alex Taubman and Jason Devaney saw young Polish hopeful Mateusz Baranowski 5-2 with breaks of 82 and 62 helping him on his way.

Two other big match ups played earlier saw Scotland’s Rhys Clark see off Ireland’s John Sutton 5-3 with breaks of 56 and 94 while in another big tie we saw John Whitty progress with a huge 5-4 win over two time champion Alex Borg.

View all the results and Last 16 line up here