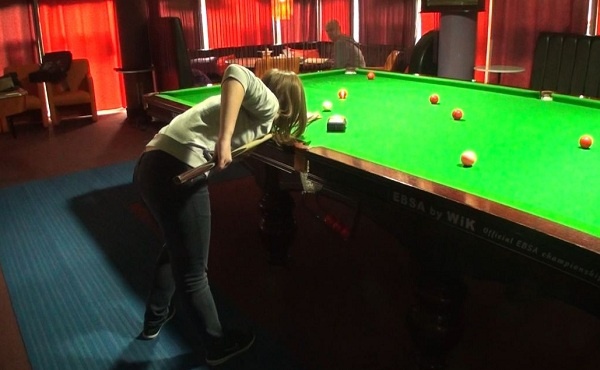 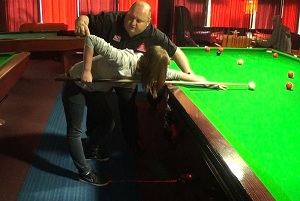 The Cue Zones have been organised by The European Billiards & Snooker Association to highlight the EBSA Coaching Academy. At present EBSA have 14 Qualified coaches from Ireland, France, Romania, Israel, Bulgaria, Wales, Malta, Germany and Spain on their coaching team.

This morning PJ worked with the 15 year old Belarus player on improving her Approach and Stance by coming in on the line of aim. Yana also practiced some of PJ’s training routines to improve their break building and Cue Ball Control.

Each morning from 9am-10.30am during the 2013 EBSA Snooker Championships in Poland, PJ and his team of EBSA Coaches conducted free sessions for all the players.

Maxime Cassis new Chairman of the EBSA said the Cue Zones were a major success. He confirmed that Cue Zones will be held during all EBSA events in the future and congratulated PJ and his EBSA Coaching Team on a job well done. 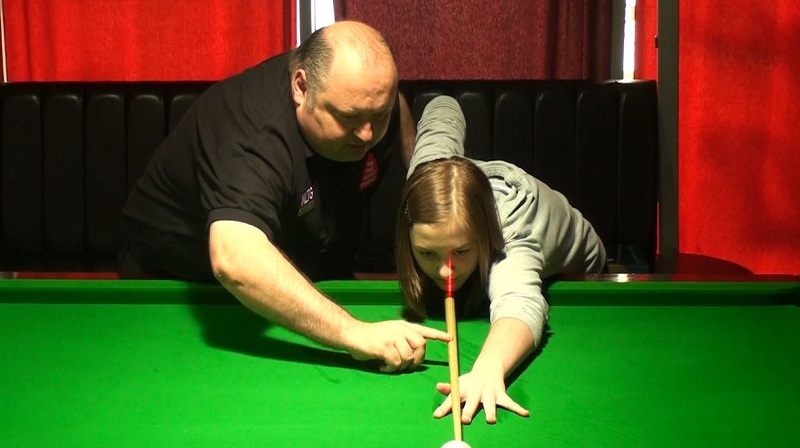