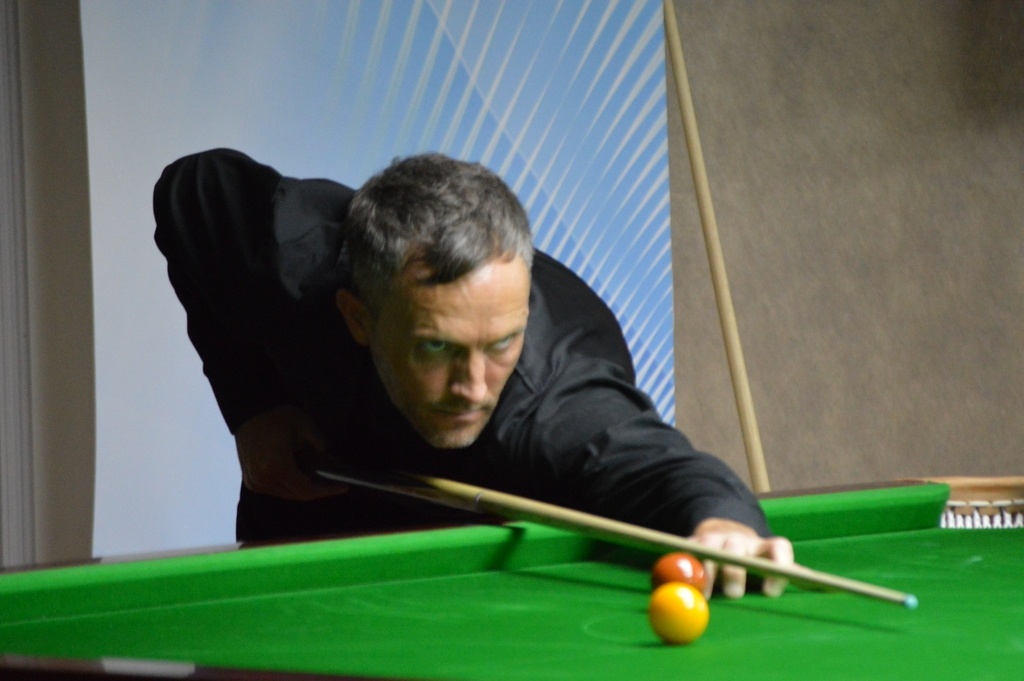 The full line up for the mens Last 32 tomorrow morning is now complete as the bottom half of the draw all finished their matches here this afternoon in Sofia. No.2 seed John Whitty from England navigated his way safetly past Kirill Lomakin from Russia without much bother winning 4-0 finishing with a 51 break in the last.

Whitty will now face Kevin Van Hove who showed that he is a player to watch out for in this tournament after a solid display this afternoon to defeat ex-Under-21 Champion Kacper Filipiak from Poland. Van Hove knocked in breaks of 69 and 83 to help him to a 4-0 win over the youngster. 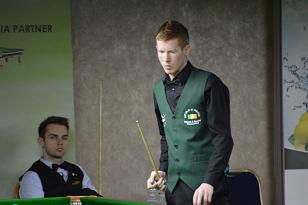 Elsewhere Ireland’s Jason Devaney (Pictured) was the first match finished here today as he ran out a comfortable 4-0 winner over Romania’s Rares Sinca. He will now square off against Antonis Poullos from Cyprus who ended Russia’s interest in the event beating Barseg Petrosyan 4-2.

Scotland’s Eden Sharav was also in fine form this morning as he made short work of his 4-0 win over Bulgarian Salim Otti knocking in breaks of 61 and 71 along the way. He will now go up against Poland’s Adam Stefanów who after a long hard fought match defeated Mor Mezrhei from Israel 4-3.

Two players that were in fine form this afternoon were Kristján Helgason and Anthony Brabin both winning 4-1 and will now face each other in the Last 32 tomorrow. Helgasson compiled breaks of 51, 56 and 65 during his win over Bulgaria’s Spasian Spasov while Brabin had a 63 and 98 in his win over Germany’s Lukas Kleckers.
Ivailo Pekov kept the host countries hopes alive thanks to a 4-3 win over Scotland’s Ross Vallance today.  The Bulgarian led 3-0 early on only to let the Scottish player back into it and level at 3-3 before he knocked in a great 69 break to seal the victory 80-13. He will now face another Scot Gary Thomson tomorrow. 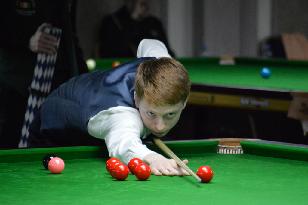 Another two countrymen in Poland’s Grzegorz Biernadski (Pictured) and Patryk Masłowski had to face each other this morning also and it was Biernadski who ran out the winner thanks to breaks of 90 and 59 on his way to a 4-1 victory. He will now face Nick Jennings from England who was made to work hard for his win today by Netherland’s Joris Maas.
Maas took the first frame on the black ball but Jennings leveled with a 65 in the next.  Maas then took the lead again thanks to a solid 73 break but Jennings took the next three frames with relative ease with a 62 break thrown in for good measure.
Shachar Ruberg is through to the Last 32 after a good 4-1 win over young Polish player Mateusz Baranowski and will now face England’s Callum Downing in the next round tomorrow. Downing earlier beat Markus Pfistermüller from Austria 4-1 also.
Last but certainly not least Ireland’s Rodney Goggins qualified after a quick 4-1 victory over Cvetan Pavlov of Bulgaria. Goggins will now play Raymond Fry from Northern Ireland after he defeated Bulgarian Nikola Kemilev 4-2.
View the Full Draw