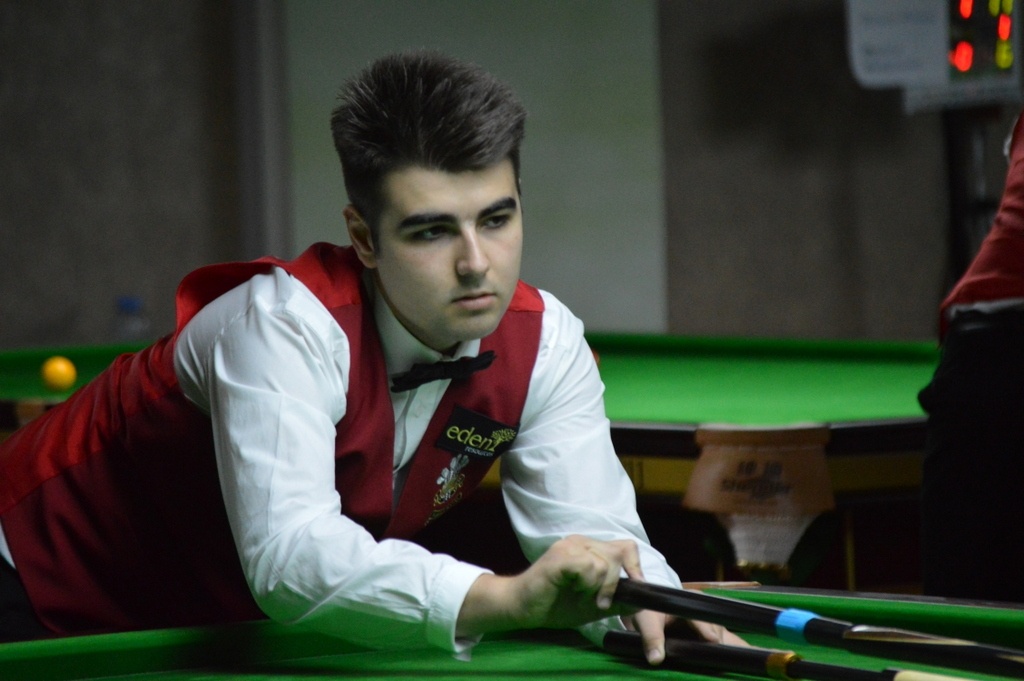 The top half of the mens Last 32 lineup is now complete with 16 of todays 32 matches after coming to a completion. No.1 seed Jamie Clarke had no problems this morning after he produced a solid 4-0 victory over Serbia’s Sasa Stojanovic. Clarke won each frame with ease and it included a superb 104 in the second frame which is available on the EBSA Facebook page to view.

Clarke will now face Belgian Jurian Heusdens after he had a comfortable 4-0 win over Austria’s Paul Schopf in the Last 64 this morning. Jurian won the first frame with ease and a 79 break put him 2-0 up before he won the next two frames on the black to put him through to the next stage.

We had an all Welsh battle here this morning between Duane and Ben Jones but it was the youngster Duane who is through to the next round after a 4-0 win. Unfortunately for the Welsh the draw threw most of them together in the same section and now Jones must face Alex Taubman after he saw off Lasse Petersen.

Ukraine’s Sergiy Isayenko another player that will be lining up in the Last 32 tomorrow where he will face Poland’s Krzysztof Wróbel. Isayenko defeated Lukas Krenek from the Czech Republic 4-1 while Wrobel saw off Thomas Salling from Denmark by the same score line.

Welshman Gareth Allen was made to fight hard for a 4-3 victory by Iceland’s Bernharð Bernharðsson. The Icelander matched Allen frame for frame up to the decider but Allen ran out a 68-34 winner in the last to put him through to face Soner Sari from Turkey in the Last 32. Sari only won the first frame on the black but took the following three frames with ease during his 4-0 win over Bratislav Krastev from Bulgaria.

Scotland’s Robert Carlisle finished strong with breaks of 56 and 61 in the final two frames of his 4-1 victory over George Louka. He will now face Ireland’s Josh Boileau after he beat Germany’s Felix Frede 4-1 in a match which with the exception of the one frame lost he won with total ease. 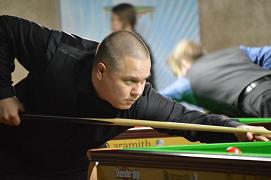 Two Finnish players had to face off against each other this morning and despite a 74 break from Saku Veikkanen it was Jani Kananen who ran out a 4-1 winner. Saku will now face Germany’s Roman Dietzel in the Last 32 after he saw off Iceland’s Sigurour Kristjansson 4-1 with ease.

The last line up will see Germany’s Sascha Lippe play England’s Mitchell Mann who made it through thanks to a 4-1 victory over Roberto Bartol this morning with a high run of 77 in the 5th frame.

Lippe on the other hand had to come back from 2-1 behind to defeat Israel’s Maor Shalom 4-2 and he will now face Mitchell Mann in the Last 32.

All in all a superb high quality field in the top half of the draw tomorrow and we now await to see who will join them in the bottom half.