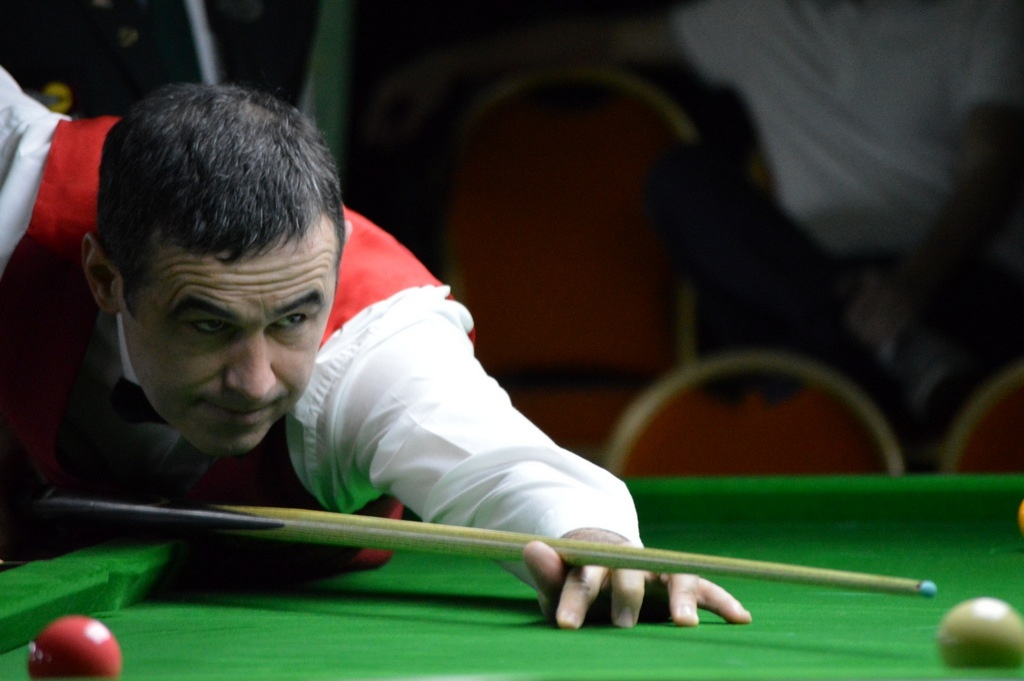 Darren Morgan and Elfed Evans kicked off their challenge for this years title with a comprehensive victory over Romania 4 this morning.
The duo from the host country Cristian Roman and Iuliu Ciupe-Vaida had no answer for the Welshmen’s scoring as they rattled in breaks of 81 and 63 in the first couple of individual frames.
Even in the Scotch doubles they managed a solid 44 break before Elfed had a 60 in the next and Darren finished off with a 76 in his final frame to win the match 5-0 overall.
In the Men’s section Malta made short work of Romania 7 as they ran out 5-0 winners while Israel’s Shachar Ruberg and Maor Shalom defeated Romania 8 by the same scoreline.
Poland 3 also had an easy opening match against Belguim 2 this morning winning 5-0 although Pascal Decloedt did run both Masłowski and Marcin Nitschke very close in his matches.
In the Ladies section the defending champions Russia 1 (Daria Sirotina & Anastasia Nechaeva) got the defence of their title underway with a routine 5-0 victory over Romania’s second team of Ana Maria Gebaila and Delia Petrescu.