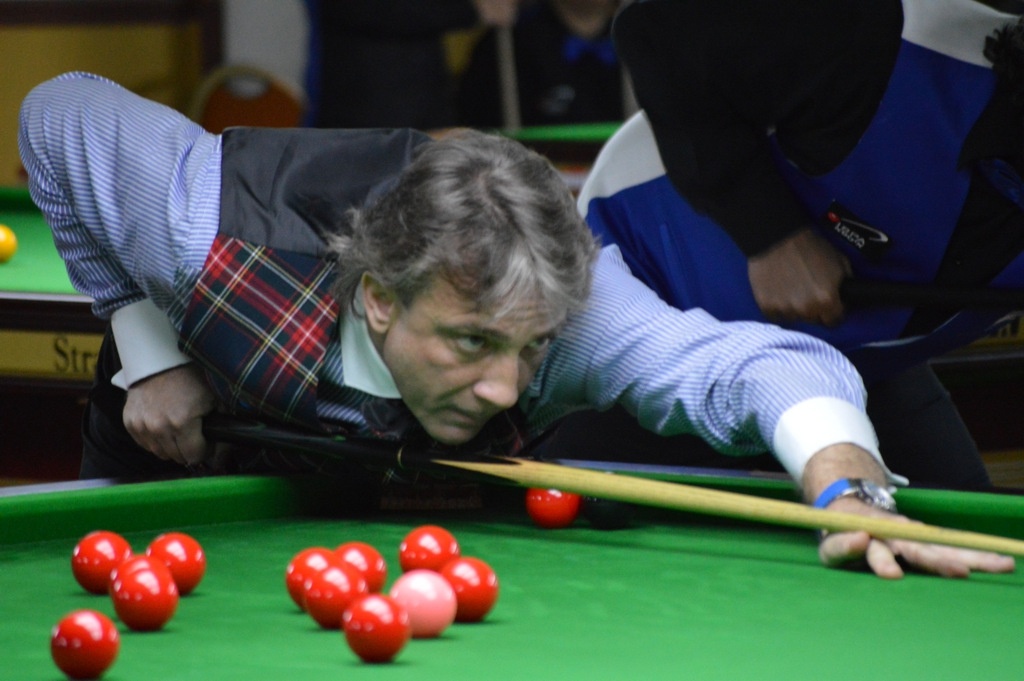 More results coming in now from the first session of the day where in the Masters Event Marcel Bera and Marius Ancuta (pictured) of Romania 2 took two frames off the Welsh team of Wayne Morgan and Peter Roscoe.
With each frame earning you a point in the group table it’s a great start for the hosts country’s team against one of the top sides.
Also in the Masters England’s team of Jamie Bodle and Michael Henson had a 4-1 victory over Israel 2. France also ran out 4-1 winners over Romania 6.
In the Men’s section Germany’s Thomas Brünner and Andre Jung had a good 4-1 victory against a young Russian side of Nikolay Krivda and Mikhail Terekhov.