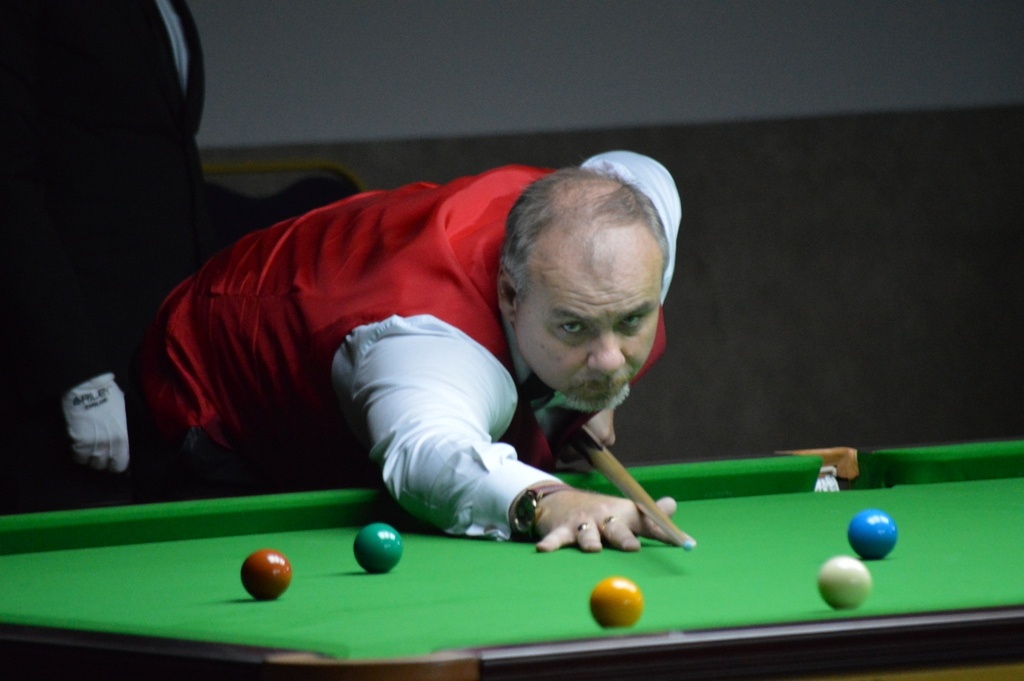 Darren Morgan was in awesome for yet again here this morning as he sealed the No.1 spot in Group A with his sixth win in a row. The Welshman knocked in breaks of 43 in the first frame, 93 in the second and finished off with breaks of 53 and 77 in the final frame against Belgian Alain Vandersteen.
Also in Group A Ireland’s Tom O’Driscoll was the first to finish here this morning as he made short work of his Serb opponent Vladimir Kolakovic. Tom won each frame comfortably and a 49 in the final frame sealed the 3-0 victory which is his fourth in five matches to put him in second place behind Darren Morgan.
Switzerland’s Sinan Cetinkaya had a big 3-1 win over Netherland’s Kevin Chan this morning to put him in with a good chance of qualifying from this group.
We also had one game in Group C this morning and England’s Wayne Brown knocked in breaks of 45 and 60 in his 3-0 win over Welshman Jon Perring to take his sixth win in a row and confirm his top spot in the group.
The big match in Group B of the Masters this morning saw Alan Trigg beat John terry 3-2 to top the group. Terry opened well with a 52 int he first frame but Trigg leveled on the black in the next.
The next two frames were close and they shared them to force the decider but a 48 in the final frame was enough for Trigg to seal the win and remain undefeated in the Group.
Also in Group B Rene Dikstra from the Netherland’s now has three wins under his belt and moves up into 3rd spot thanks to a 3-0 win over Bulgarian Luchezar Gergov.
In the final match to finish in the masters this morning Richard Kornberger defeated Tryggvi Erlingsson 3-2 for his first win of the tournament.