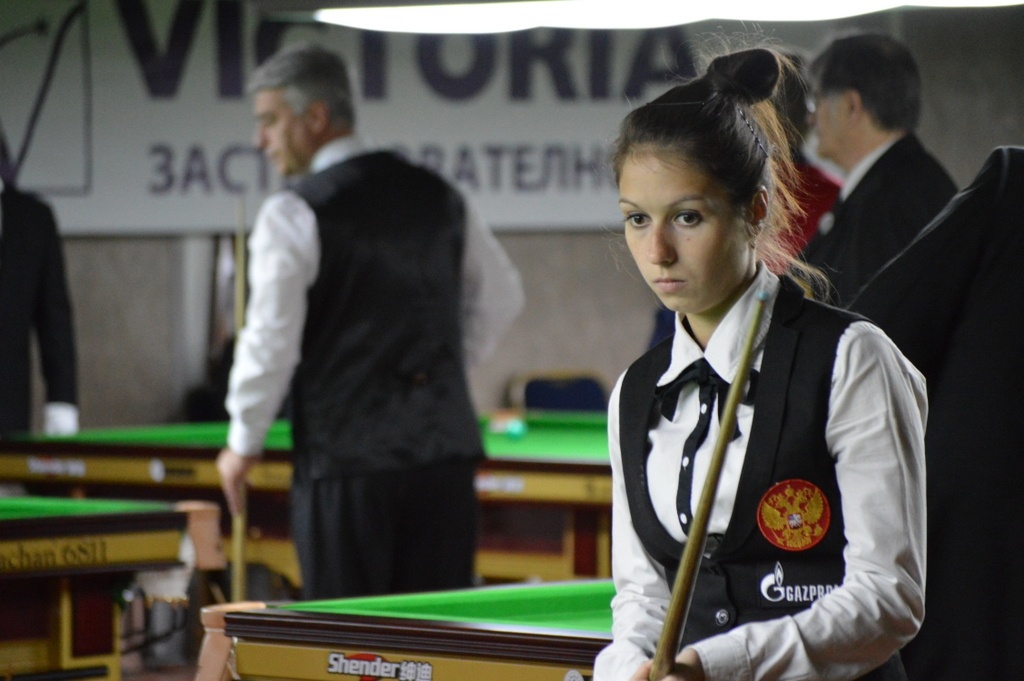 Daria Sirotina finally overcame Diana Stateczny 3-2 this morning to move her into top spot in Group C. The Russian took the first frame but Stateczny came back strong taking the next two frames for a 2-1 lead only for Daria to take the next frame 54-24 to force the decider.

The final frame however was all Sirotina as she knocked in a 33 break on her way to a 73-14 frame win to take the match and take the top spot in the group with only one more match to play.

Ukraine’s Maria Bucharska moved into 3rd spot in Group C thanks to a 3-0 victory over Mónika Vantara-Stenócz this morning.

Finally in this group Netherland’s Manon Melief gave herself a good chance of qualifying thanks to a good 3-1 win over the host countries Monika Metodieva despite having a bit of cue trouble during the match.

In Group D ex-champion Tatjana Vasiljeva had another good win this morning to put yesterday’s defeat behind her as he saw off Germany’s Diana Schuler 3-0.  The first two frames went to the black ball but the Latvian took the final frame with ease to put her top of the group with three wins.
Also in this group France’s Christelle Pedat had a good 3-0 victory over Jana Mitova this morning for her first win of the group stages.