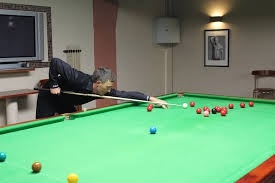 The 1998 European Snooker Champion, Kristján Helgason (Iceland) continues to show his great shape in Prague’s competition, adding this Saturday a fourth century to his personal account, with a break of 132 points, the new highest break of the tournament, that might give him an additional prize of 200 euros.

‘Iceman’ Helgason got one point more than Brendan O’Donoghue (Ireland) have achieved, 131 points, and remains, together with Michael Collumb (Scotland, breaks of 107 and 100) as one of the only two players to pass the three digits barrier in a shot more than once during this 2015 European Snooker Championships.