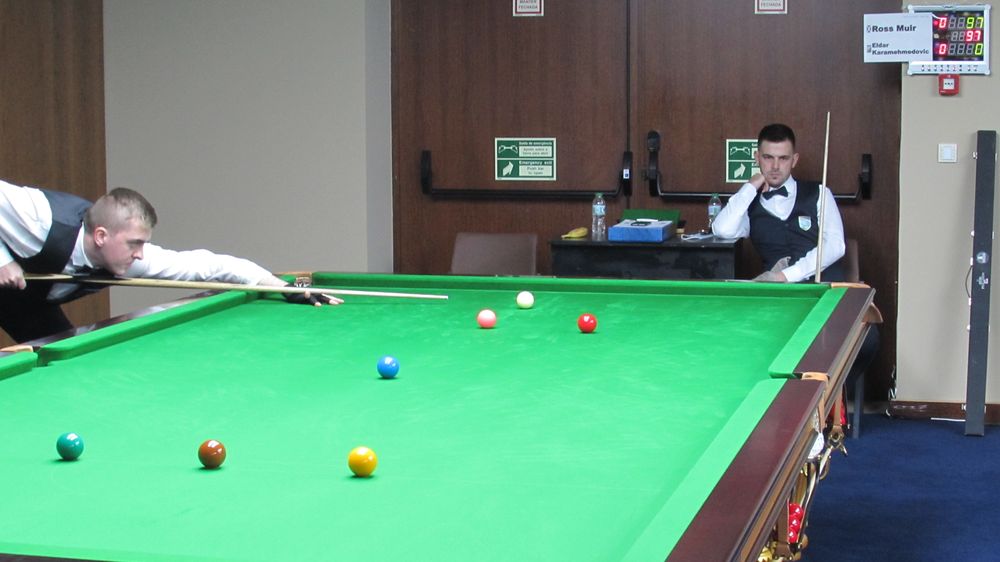 Twelve centuries have been scored – so far…- by nine players at the round-robin stage matches of Albufeira’s 2021 EBSA European Snooker Championships Men/Mixed event.

2020 semifinalist Ross Muir is firing all cilinders: besides topping the standings with a 138 points break, overcame the ‘three digits barrier’ two more times with breaks of 107 and 104.

Welshman Darren Morgan’s 137 break comes next and the U18 EBSA European Snooker Champion Ben Mertens joins Muir as the two only players so far to get more than one century at the Men/Mixed Albufeira’s event, with breaks of 128 and 101.

Welshman Ben Fortey (124 break), Russia’s Ivan Kakovskii (119), Israel’s David Valtzman (107) and Hungarian Zsolt Fenyvesi (101) also got their ticket for the Men/Mixed event restricted ‘Century Club’, as Irishman Stephen Bateman and England’s Sean O’Sullivan did, with 100 points breaks each one of them.