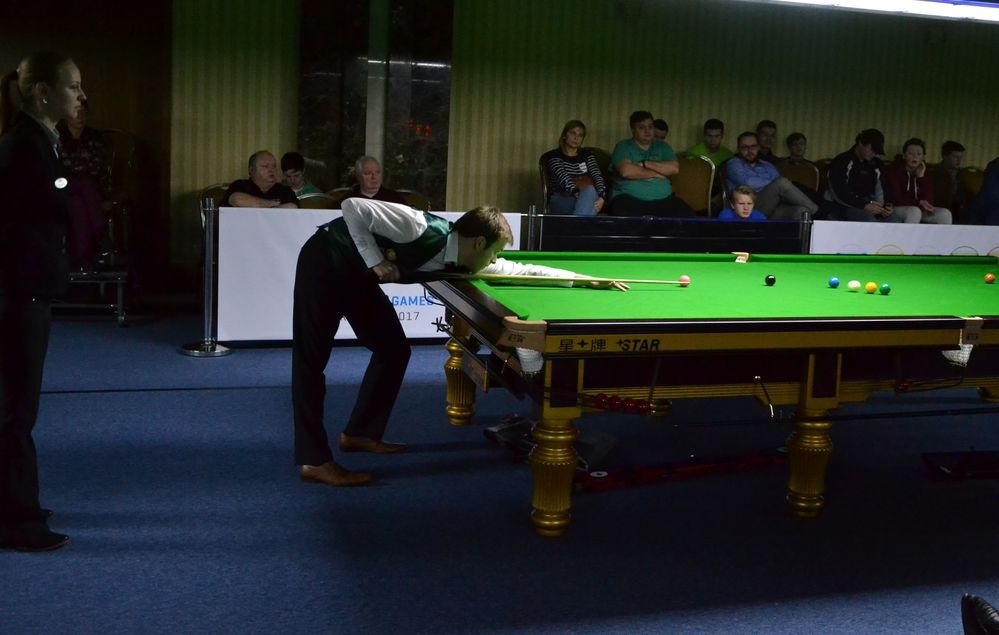 The 2016 EBSA European Snooker Championships continue on Saturday with the semi-finals of U21 event to be played best of 9 frames at 10 a.m. Ashley Carty faces Brendan Sargeant in England’s clash.

The third player from the Three Lions nation in the semis is Joseph O’Connor, who has beaten Lukas Kleckers (Germany) in the decider (5-4) in a quarter final match that started Thursday at 7 p.m. and ended at 2 a. m. this Friday.

Josh Boileau (Republic Of Ireland, pictured) faces O’Connor [pictured] and is the only man who can stop a final between two players from the same country like it happened this Friday with U18 event but in U21 championship is England surfing the waves having three of the four last seats of the competition.

The Grand Final will be played best of 11 frames starting 2 p.m. local time (1 more than in UK).