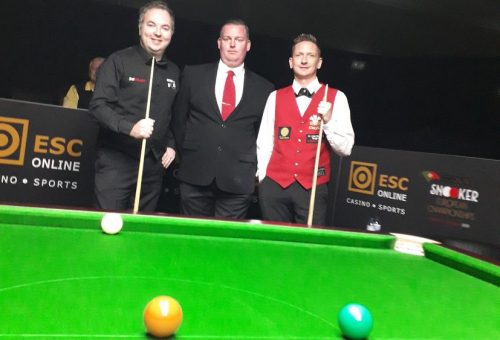 The Welshman, aged 37, will face Scotland’s Ross Muir in semi-final 2 scheduled to be played from 1 p.m. on Thursday at the Salgados Palace Hotel.

Finland’s Heikki Niva and Belgiam Kevin Hanssen will battle for the first place in the final in 10 a.m. semi-final 1 also at Table 1 of the fabulous venue.