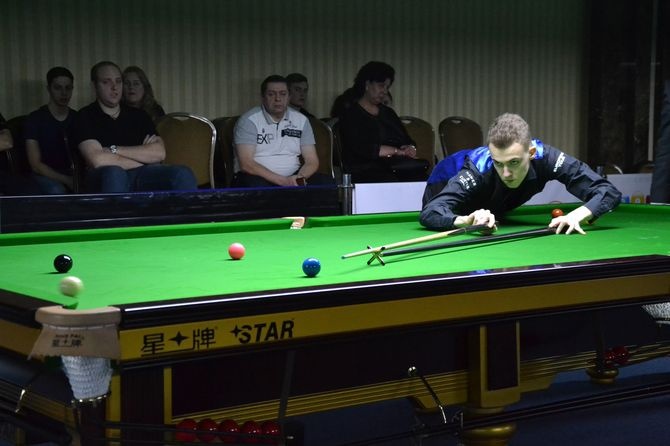 In 2015, estonian Anders Petrov got caught in a strike from Lufthansa and, because of that, missed the EBSA 2015 U21 European Championships, that took place in St. Paul’s Bay (Malta), in March.

Petrov was the sensation three months after, in EBSA 2015 Men’s European Snooker Championships, in Prague, getting to semifinals, where he was stopped by welshman Jamie Clarke.

This time, coming from Estonia by car (as usual) with his parents, Anders Petrov did not had a shine start on Group Q: two wins… and two defeats in four matches. Still enough to go through, and we’re speaking about a player who already performed a 75 points break in Wroclaw.

Petrov, a former Russian Billiards player and champion, impresses by his fearless attacking philosophy, rarely missing the pot. But this U21 EBSA European Snooker Championships, he realized the hardest way that the competition and the difficulty increased.