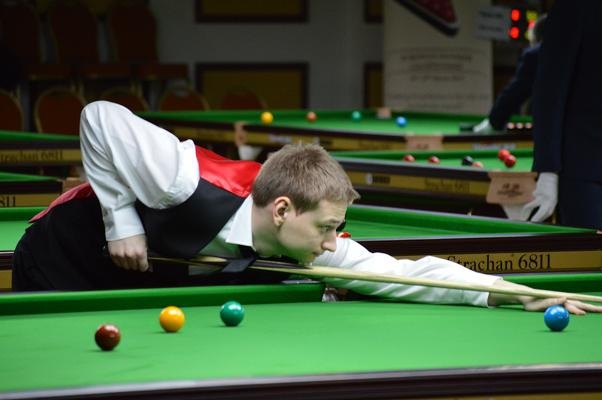 Austria’s Andreas Ploner came through superb final frame decider in Group M beating Poland’s Mateusz Baranowski 3-2 to take the top spot in the group. Mateusz opened up well with a 64 break only for Ploner to draw level at 1-1 with the help of a 54 break.

Ploner took the next frame but a 52 break by the young pole forced the deciding frame. Ploner however produced a great 68 to close out the match and seal the No.1 spot.

Ildar Sharipov of Russia finished in 3rd spot while France’s Neil Vincent took the fourth and final spot for the knockout stages.