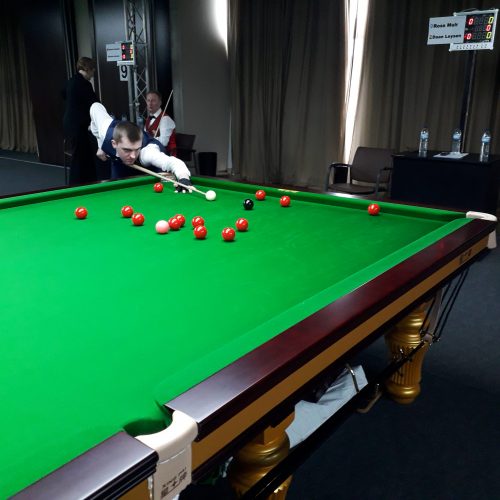 With Englishmen top favorites Rory McLeod and Sanderson Lam surprisingly beaten in Last 16 Round of the Men/Mixed Event of the European Snooker Championships, the Three Lions still dream about lifting the crown being the only nation with still two competitors on the best of 7 frames quarter-finals matches already on the run at Albufeira this Wednesday afternoon.

Ben Hancorn, who faces Finland’s Heikki Niva, and also Daniel Womersley, in a clash with Scottish Ross Muir, are now the two hopes of England to have the next European Snooker Champion.

The semis will to be played also best of 7 Frames on Thursday at 10 a.m. and 1 p.m. and the Final will be played Best of 9 Frames starting at 4 p.m. You can follow all results and updates of the competition on the www.ebsa.tv Live-Scoring/Streaming program.