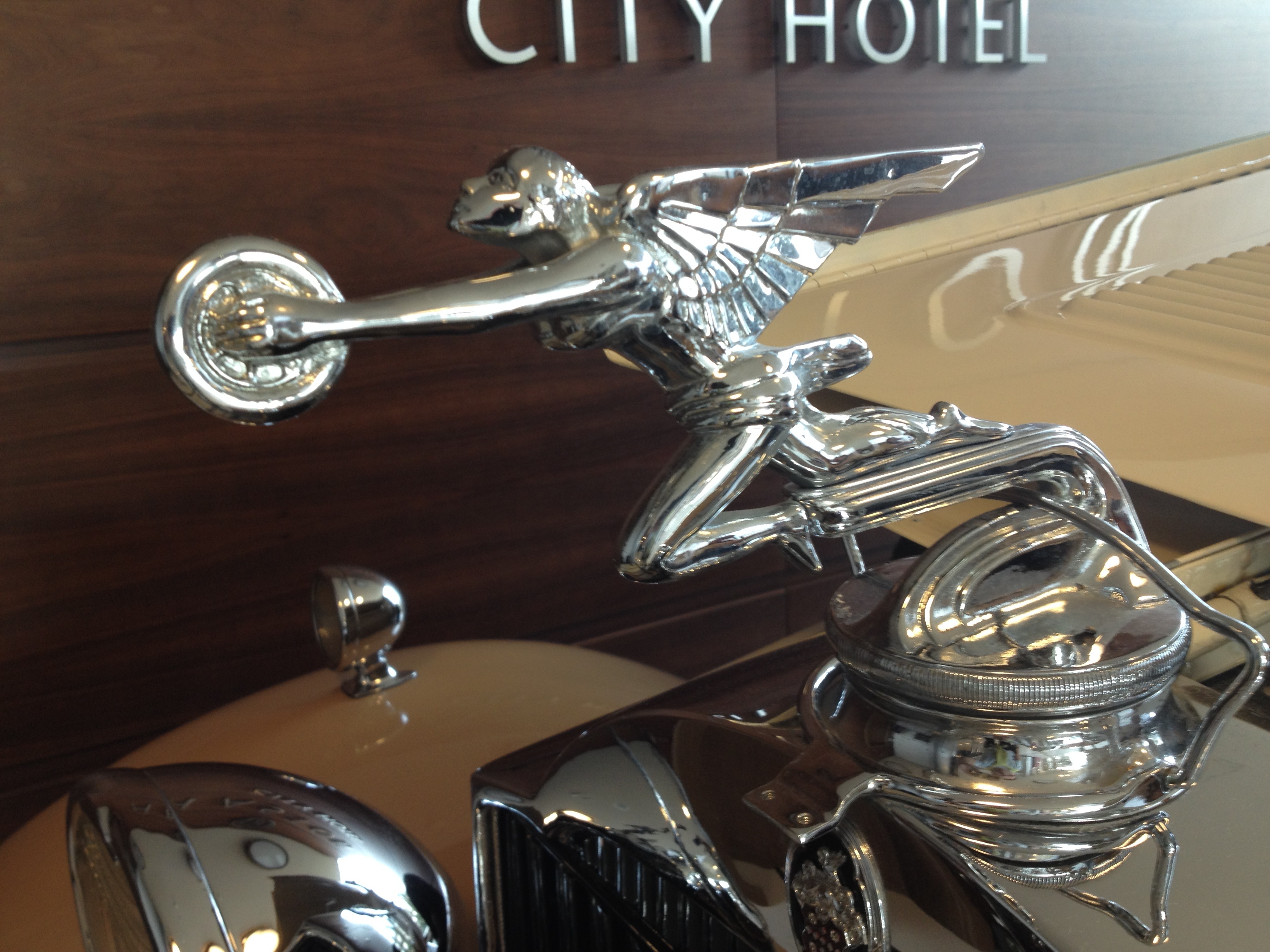 The owner of Haston City Hotel, theatre of this Men, U21 and U18 European Snooker Championships, Mr. Stanislav Han, is a big fan of classic automobiles. And until the 20th of February, the candidates to the European crown will look at the room’s names, walls and real and original Old Timers being exhibit in the halls of the hotel several times with genuine curiosity.

Mr. Han is a devoted private collector, who has 15 Old Timers of his own, and all the players can contemplate the iconic ones in the hotel. And still have the chance to visit Topaç Castle, 20 minutes by car from Wroclaw, and a Old Cars Museum most known in Poland and among car fans.

Paintings in the walls, posters decorating the corridors, and, especially, the names of the halls show Mr. Han’s love for Old Times: Packard, Jaguar, Rolls Royce, Chrysler are huge brands, and naming the main rooms it’s a tribute to the pioneers and to the industry.

And the cars in exhibition are really something. The Blue Velvet Cadillac Continental, Jubilee Edition (75 years) exposed has… a real diamond completing the ‘I’: you can not spot it at a first glance, but get back and check. It’s there, for true, in one of the most iconic American classic ever built.

Also a target for selfie fans is the red Austin Healey from 1959. The ‘Frogeye’, as it got popular in UK, or ‘Bugueye’, as it was known in the USA. Their lights inspired Porsche to the 928 model, and only 48.987 were built. Impossible not to love it at first sight.

And if you say Pixar/Disney animated movie ‘Cars’ – well, who didn´t? – you will easily recognize the Indy 500 old champion and ‘Sparky McQueen’ head mechanic, Hudson ‘Hornet’. The black Hudson Templane Sedan from 1937, built in Detroit and manufactured from 1935 to 1938 is magnificent and also makes you travel to gangsters movie and Al Capone style.

Last but not least, at the main entrance of the gigantic hotel that hosts this 2016 EBSA European Snooker Championships you can admire a beige truck from the 1920’s, the beige Phaeton Hupmobile and the other jewelry present (besides the real diamond in the ‘Cadi’): the Packard Clipper Limo from 1948 bus shining more than ever.

The symbol of Packard inspired the iconic open arms angel who makes Rolls Royce immediately recognized all over the world. And it’s design is even more beautiful if you admire it closely, on a car that inspired the ‘bathtub style’ for decades. Snooker players could not ask for a better inspiration: history and tradition from engines and roads hosts them and contemplates them.