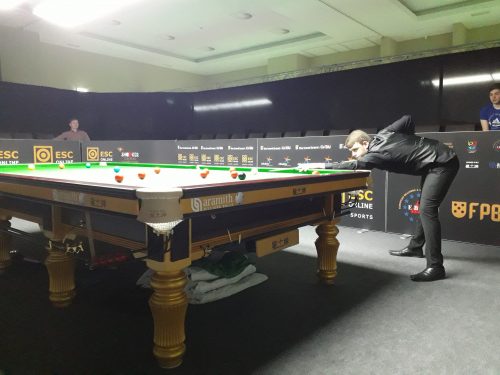 Sean Maddocks claimed England’s place in the U18 European Snooker Championship Final to be played this Tuesday at 6 p.m. in Albufeira beating his fellow countryman Connor Benzey 4-1 this morning in the first semi-final of the event.

The Liverpool man balanced his head to head scores with Southampton’s Benzey: two wins for each one in four battles.

«I felt more solid today, after the two comebacks on quarterfinals and Last 16 rounds. I hope I can make it. No tension or nerves», told us the ‘toffees’ fan who is one step way of succeeding Irishman Aaron Hill as the champion.

The second semi-final will start at 1 p.m. with Belgian Ben Mertens, who signed a 117 break to claim the third century of the competition in Albufeira and the 2019 U18’s European defending Champion, Irishman Aaron Hill. Aaron Hill and Sean Maddocks got a century each as well in the earlier days of this 2020 European U18’s Snooker Championships –

Follow the latest results and updates on the livescore.