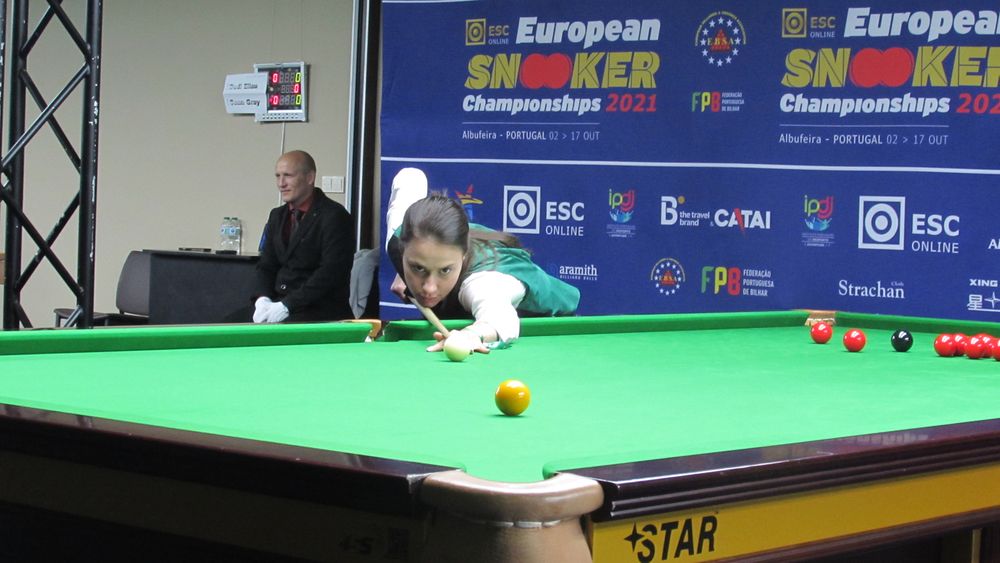 Oliver Brown as European Champion, today’s 17th birthday Belgian gentleman Ben Mertens in the U18, Welshman Dylan Emery at the U21 event and Andres Petrov at the Six Reds event – the Estonian ace was awarded with the chance to play 6 Reds World Cup 202 in Bangkok, Thailand – are the four European winners crowned at Salgados.

But still 5 more titles seek future owners at Albufeira: Women – 32 have being playing best of 3 frames in round-robin matches – and the Seniors tournament, where the 80 competitors have been playing since Monday night at VidaMar Resort Hotel Algarve best of 5 frames in this first stage of the race.

Men’s Teams, Seniors Teams and Women’s Teams are the remaining three events still to be played at the 16 tables in Salgados until Sunday October 17th: they did just not even got started.