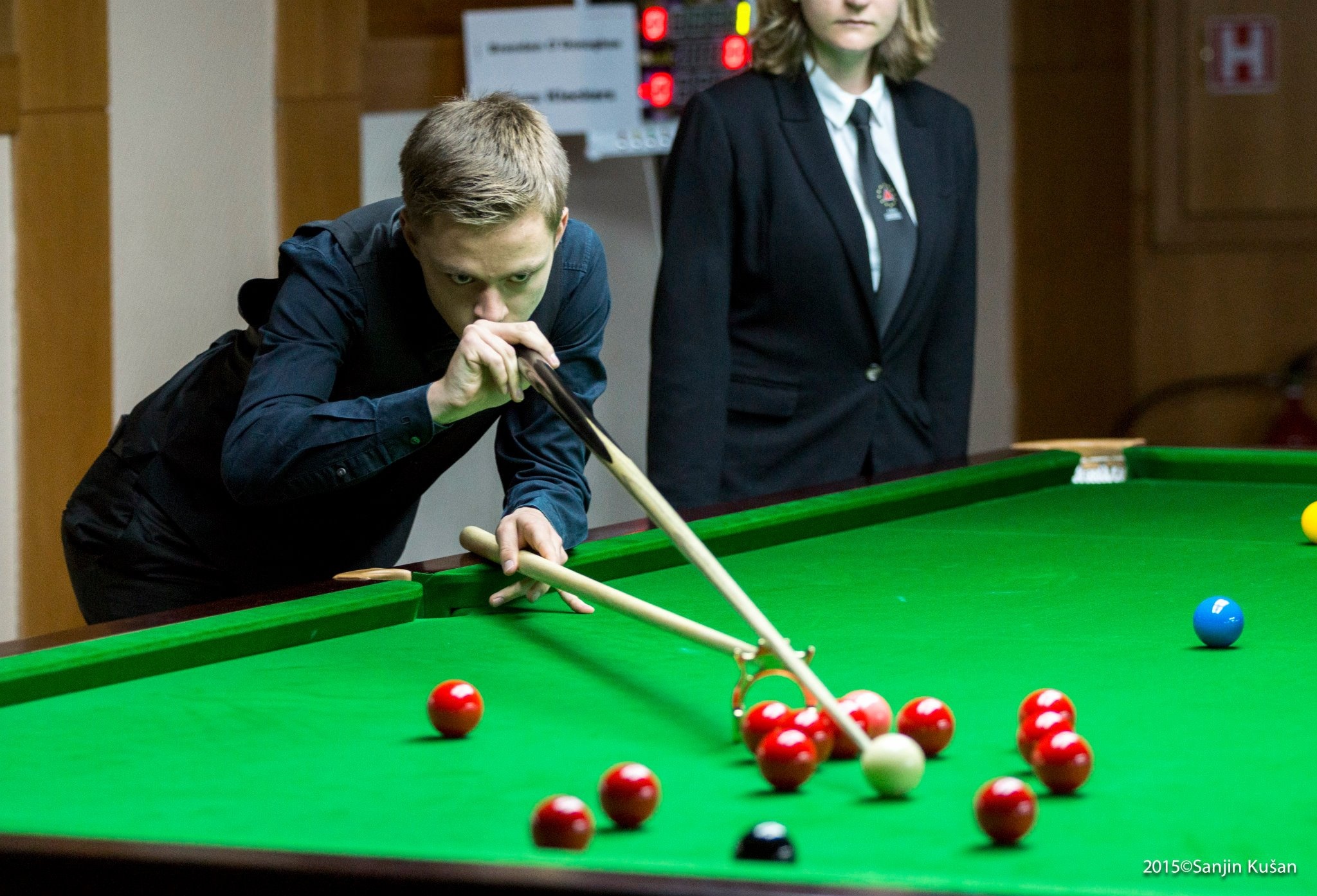 As the first day of matches at the U21 and U18 European Snooker Championships come to the end, the good figures and performances start to appear from the main players present in both eventes, some of them simultaneously competing in the two events.

Germany Lukas Kleckers established first day best break, with 94 points, and also scored another two half centuries (56 and 54). But Ashley Carty (England) was the most impressive in this first round-robin stage round of matches: six half centuries (87, 78, 63, 62, 60 and 59) to impress all Europe in U21 event.

Old England always starts early marking the difference: Joseph O’Connor scored breaks of 80 and 66 also in U21 event, while Callum Costello gave the crowd three half centuries for a start (78, 77 and 61) in U18 European Snooker Championships.

French Niel Vincent (76 and 53) also impressed in this Monday’s first day of matches, such as Dylan Craig (Scotland), who score 73 points in his best visit to the table. Mateusz Baranowski showed Poland’s fire power (64, 53, 42) and Brian Cini (Malta) is a classic: a 51 points break just to warm up the engines. Like the 76 points break from Jackson Page, from the fearless school of Wales.

Final word for Israel players: Maor Shalon surprised beating Anders Petrov (3-1) in U21 competition, and Amir Nardeia, playing both tournaments (U21 and U18) scored breaks of 51 in the youngsters event, plus another two of 89 and 49 in U21 European Snooker Championships matches. But the dice are just starting to roll.