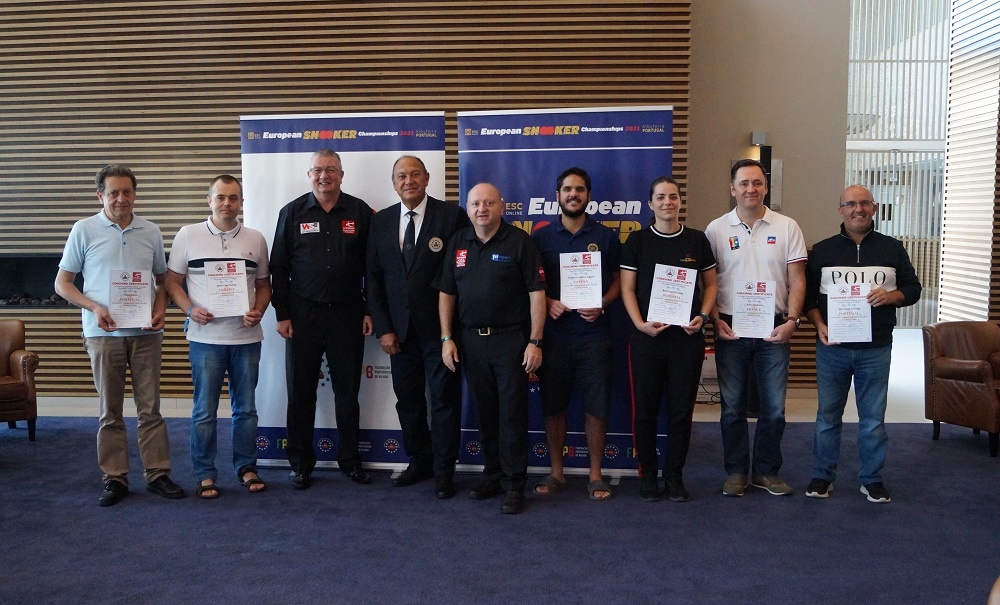 The course was supported by the WPBSA through its Accredited Coaching Course Programme and saw delegates from Sweden, Romania, Ukraine, France and Portugal gain their recognised qualifications.

The WPBSA Accredited Coaching Course Programme has been developed in partnership with the EBSA and moving forward will be looking to offer similar accreditation to previously accredited EBSA Coaches via its Accreditation of Prior Achievement (APA) Programme.

Chris Lovell said: “It was great to see representatives from so many countries come together to gain their EBSA Coaching badge at a course held at such a well organised and professionally delivered snooker event.

“We are delighted to be able to continue our strong partnership with the EBSA and recognised its course with the WPBSA’s Accredited Coaching Course status, in doing so offering a pathway for European coaches to progress to higher levels of official coaching qualifications delivered by our sport’s world governing body.”

Chris Lovell was presented with an official medal of recognition by EBSA President Maxime Cassis in recognition of the work which has been carried out on behalf of the WPBSA development team with regards to the project and related partnership work.