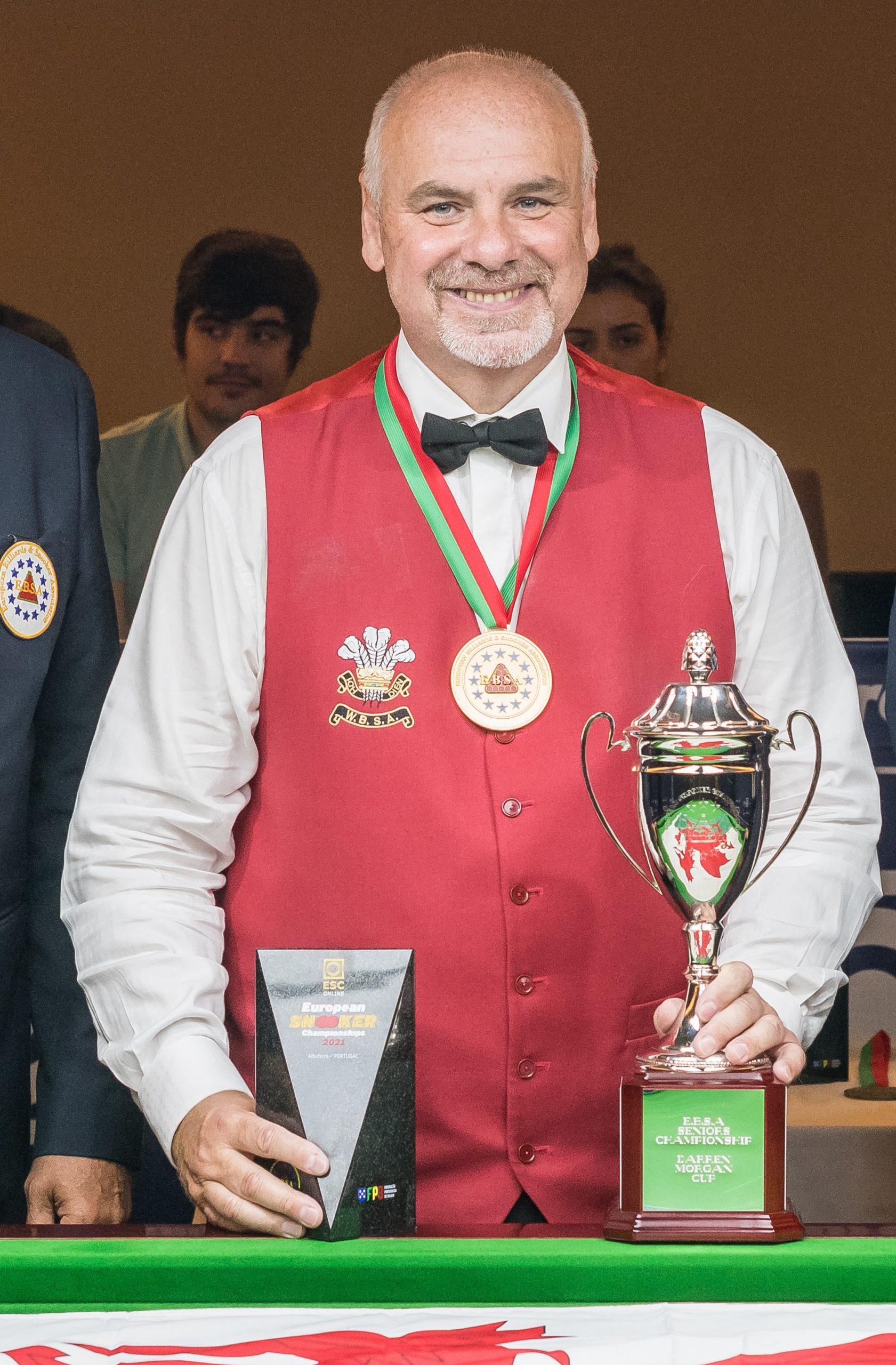 Welshman Darren Morgan is the new European Seniors Snooker Champion after defeating Ireland’s Frank Sarsfield by 4 frames to 0 at the decisive clash of the event at Albufeira’s 2021 EBSA European Snooker Championships.

The decisive match who allowed the 55 years old player from Wales to take home the cup who has his own name recorded in the basis lasted one hour and a half and was refereed by Poland’s Kazimierz Olejniczak.

It’s the second title out of six events at Salgados for Wales after Dylan Emery’s victory in the U21 event. And «at least his 10th european crown only in Seniors event», told us Darren’s fellowcontryman, Elfed Evans. «It’s the 11th», corrected Darren.

«It means the world to me. We’ve all been split because of the pandemic for almost a year and a half. It is fantastic to see familiar faces but also new ones. I’m still not old to play. It has been tough for everyone but also for family. I still can not believe», told a experienced but very champion, trying to hold the tears.

As Darren Morgan was already entitled to play the 2022 World Seniors Snooker Championships in Sheffield, the EBSA nomination to play at the event goes to the runner-up Frank Sarsfield will get their nomination, EBSA President Maxime Cassis announced in the victory ceremony.

After the Seniors final, at 12.30 it will take place the Women Final, with Belgian Wendy Jans playing England’s Jamie Hunter, also to be played best of 7 frames. The match will be refereed by the Portuguese Miguel Santos.

Along with the decision of the Women event, the Men Teams event continues with the last round-robin matches and the Women Team and Seniors Team events also are already being played since this October 15th morning at Salgados.

After the Women final, only the Men Teams, Women Teams and Seniors Team’s finals will remain to be played, next Sunday October 17th, followed by an Official Closing Ceremony of the 2021 EBSA European Snooker Championships.