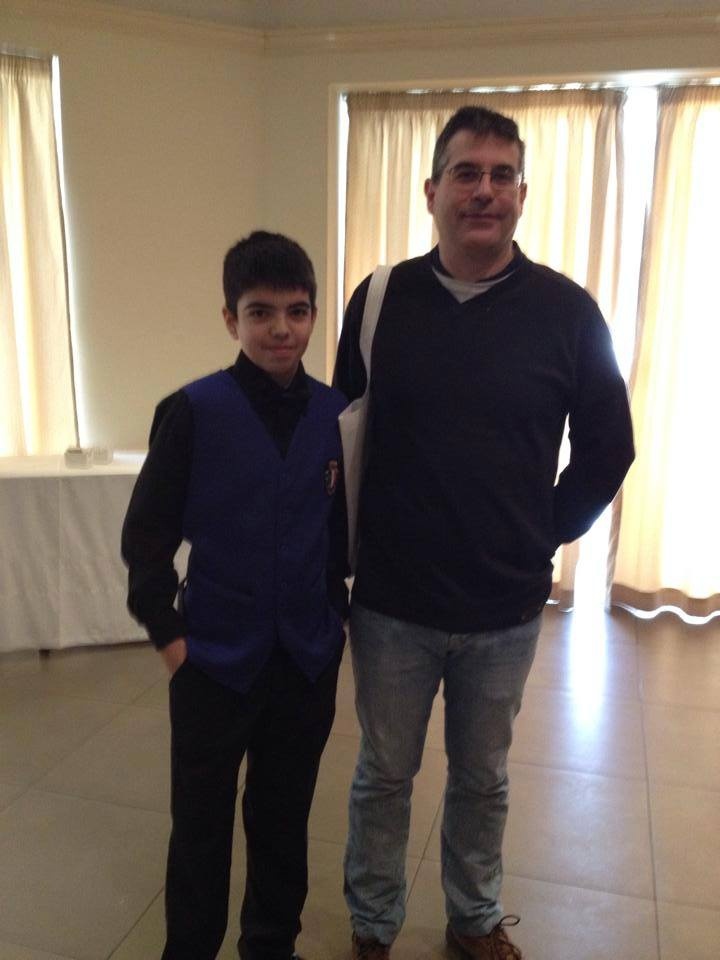 Luis Vetter and Florian Nuessle: the iron arm of 12 and 13 years old players dreaming about the U-21 European Snooker title in Malta. Such as french Nicolas Mortreux, also 12. Competetion as no limit of age in Malta. Such as dreams.

The U-21 European Snooker Championships started this Saturday in St. Paul’s Bay (Malta), with 90 youngsters dreaming about become professionals and play in the Main Tour for the next two years, the big prize deserved for the winner, to follow the steps of 2014 champion, Oliver Lines.

In an event with 400 people involved, almost all of them volunteers which offered themselves to that the tournament become reality, the curious about what may remind a penguin convention, by the required players suits and huge concentration in the area, is the number os parents that took the chance and joined the useful and the pleasure: a few day’s vacations and support their kids in the dream to become the future ‘Rocket’s, ‘Magician’s or ‘Aces’.

«Feel all welcome to Malta, enjoy the tournament, make friends and have a good time». The words of maltese association president, Mr. Frans Bugeja, resume the joy. Maxime Cassis, for EBSA, and the tournament director, Simon Smith, reenforce those words and the confidence of the youngsters to sacrifice and run for their dreams.

But all heads and attention, in this first day, are on there heroes: the youngest ones. switzerland Luis Vetter, french Nicolas Mortreux (both aged 12) and austrian Florian Nuessle are in the stage.

«Three years ago, also in U-21 Euro Championships, in Sofia (Bulgaria), I played with nine years. And won a match. It’s enough joy for me to be year. The reaction of my opponents when they see my size and who they are gonna play against? Right, they get surprised, sometimes don’t believe it, but always smile and support me», said Nicolas Mortreux to EBSA, who plays since he was six, with his eyes shining.

The future belongs to them, and they feel in the family among teenagers: not difficult to predict. This first day, the enormous amount of player’s parents that travelled to Malta had a hoping day: their eyes were also shining, dreaming for what their kids could do. After all, it’s usual to invest «about five thousands pounds a year», like several of them told us, in their kids project to become professional, for several years. And perhaps this is the first opportunity to get some personal fulfillment from it. The sky is not the limit.