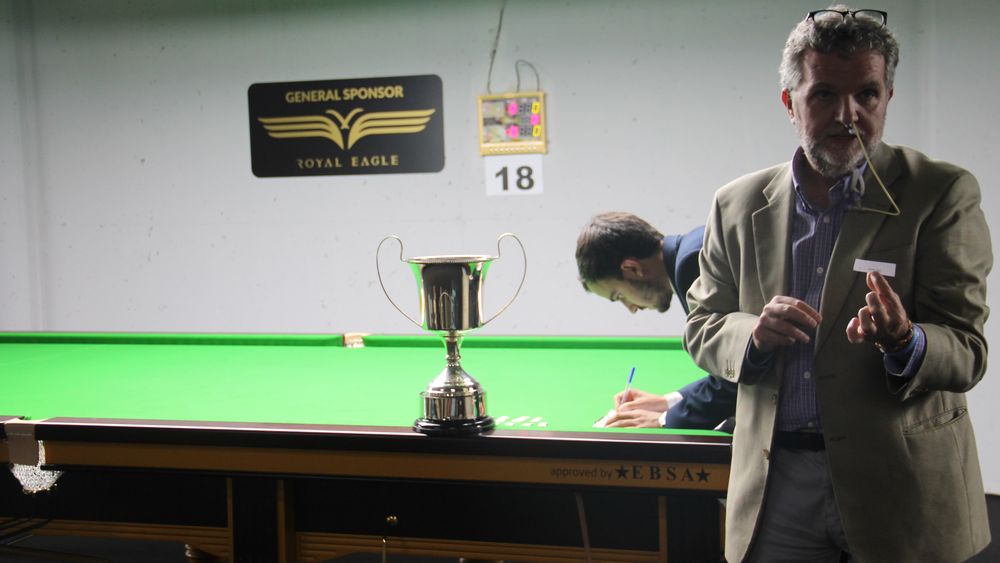 The brand new U16 EBSA European Snooker Championships will have their decisions from Friday the 10th with the eight matches of the Last 15 round to be played best of 5 Frames at the Shengjin’s Delfin Resort.

For the first time we’ll have an U16 european champion at the Albania’s event and the public draw for Last 15 round matches took place this Wednesday night at the hotel in front of the crowd by EBSA’s General Secretary Simon Smith.

Ten nations and a Scotland’s trio are among the 16 dreaming about lifting the cup after this Wednesday’s draw. Andrejs Pripjoks (Latvia) will face Makxim Kostov (Bulgaria) and other four of the remaining eight matches scheduled matches for Friday are as followed: Búlcsu Révész (Hungary)-Artemis Zizins (Latvia), Matvei Lagodzinschii (Ukraine)-Kledio Kaçi (Albania), Riley Powell (Wales)-Steven Wardropper (Scotland).

The Last 16 round of matches of the U16 event will also bring the clashes between Leone Crawley, from Ireland, with Scotland’s Ayan Iqbal. Joel Connolly (Northern Ireland)-Liam Davies (Wales), Amaan Iqbal (Scotland)-Artem Surzhykov (Ukraine) and Vladislav Gradinari (Moldova)-Jack Borwick (Scotland) are duels to complete the board of this round.

The all event will be played on Friday June 10th starting at 1 p.m. with the Last 16 round of matches, followed by the quaterfinals, semis and final of the 2022 EBSA U16 Snooker European Championship