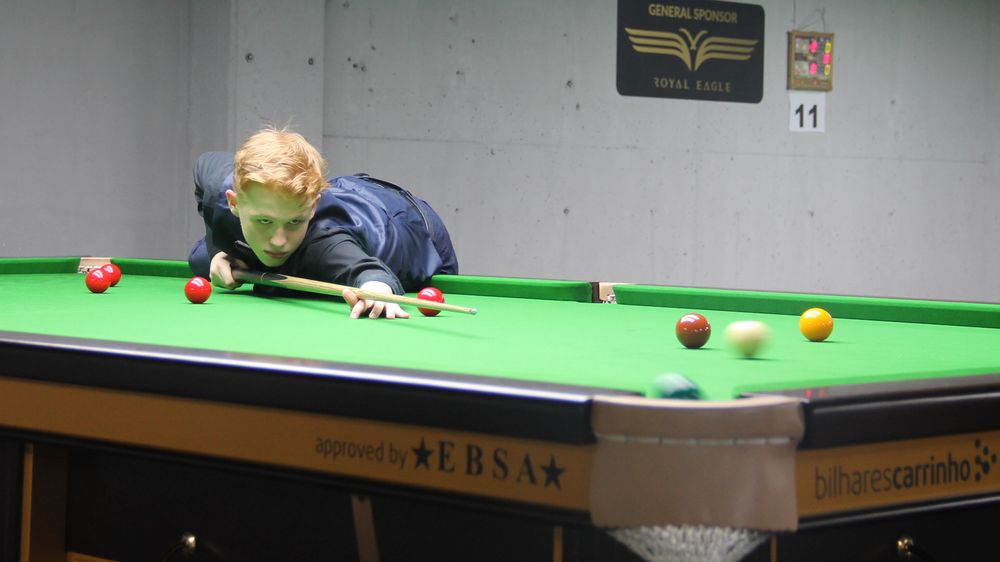 The 2022 EBSA European U16 Snooker Championships semifinals are now live at Shengjin’s Delfin Resort with Welshman and U18 champion Liam Davies facing Latvia’s Artemis Zizins while U18 runner-up Leone Crowley from Ireland plays also a best of 3 Frames match against Moldovian Vladislav Gradinari.

The winners of both matches will meet at the U16 event best of 3 Frames match final which will also be played this Friday starting 6.00 p.m.

On the table a real chance of Davies and Crowley can face each other in a 2nd straight final in Albania in just 24 hours, after the Welshman claimed the U18 crown facing the Irish player on Thursday afternoon (4-1).

On the run is also the U21 event with the knock-out stages advancing: six of the eight matches from Last 16 are over and the quarterfinals will be played on Saturday.

This Friday June 10th starting at 8 p.m. at the hotel will also take place the Official Opening Ceremony of the 2022 EBSA European Snooker Championships.