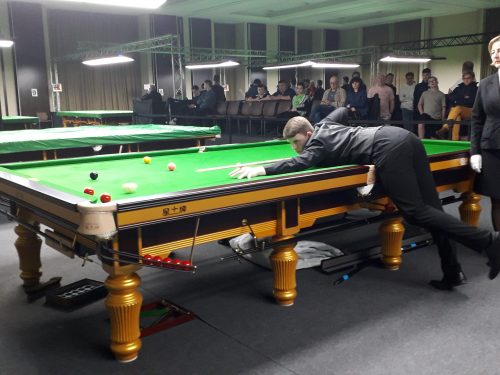 2019 U18 European Snooker Champion Aaron Hill is fearless defending this crown in this 2020 Championships. The irishman got to the semis with a 4-0 win over Englishman Joe Fenton in quarterfinals and survives until tournament’s last day hoping to replicate Welshman Jackson Page and lift the trophy for two years in a row.

Hill will face in the semis to be played Tuesday at 10 a.m. and 1 p.m. Belgian Ben Mertens who also needed only the same four frames to overcome Romanian Madalin Gal.

Connor Benzey booked another place for England on last four with a 4-1 win over Hungarian Buksú Révész. He’ll face Sean Maddocks in the other semifinal: in this Monday night quarterfinals the English got the better with a remarkable comeback from 1-3 to claim victory in the decider against Poland champion Antoni Kowalski.

England can not dream having their both aces in Tuesday 6 p.m. 2020 U18 European Snooker Championships final but he’s sure one of them is granted in the big match.