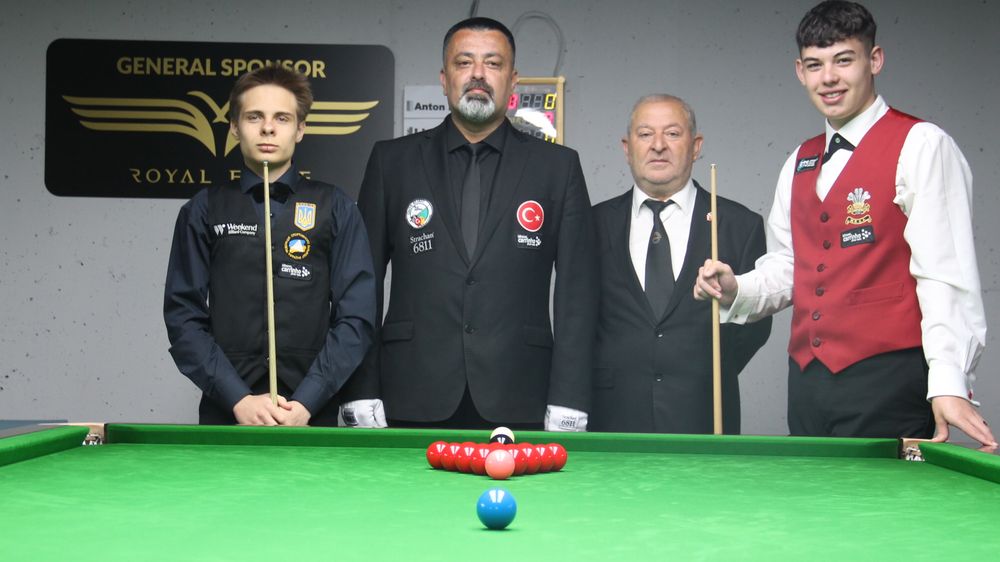 The best of 7 Frames semifinals of the 2022 EBSA U18 European Snooker Championships are on the run at tables 1 and 2 at the Shengjin’s Delfin Resort venue.

Ireland’s Leone Crowley faces the 2021 EBSA Snooker European U18 Champion Ben Mertens, from Belgium – who’s one step away from a 2nd consecutive final in the youngster -, while Ukraine’s Anton Kazakov and Welshman Liam Davies play also for a place in the final.

Four strong competitors, two of them already wth two century breaks performed each one at Albania’s event, Liam Davies and Ben Mertens, only two chairs available for the Final to be played also best of 7 Frames at the 2 p.m. session.

In the other 17 tables available at the venue the U21 round-robin’s matches event are also taking place this Thursday morning for the 78 competitors trying to go through to the knock-out stages of the competition.

You can follow all the action in EBSA livestream of each and every one of the 19 tables.