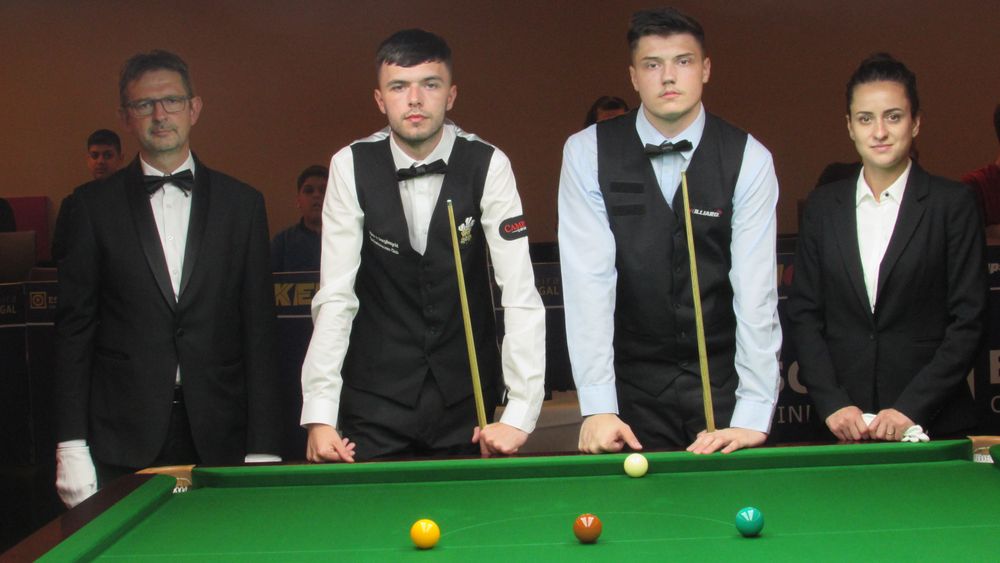 The final of the U21 EBSA 2021 European Snooker Championships is already being played at Albufeira’s Vidamar Resort Hotel Algarve by Welshman Dylan Emery and Belgian Julien Leclercq.

The first man to get to five frames – the final is best of 9 frames – will succeed Ireland’s Aaron Hill and will be crown 2021 European U18 Snooker Champion.

Second final in four days for the 18 years bold Naamur born Belgian, who lost the U18 European Championship on Monday for his fellow countryman Ben Mertens, who is now on the audience at the venue, supporting him in the battle against the 20 years old Caerphilly Emery… who has his mother Michelle also by his side at the venue.

The referee of the U21 final is Bart Tournel from Belgium, assisted by Moldova’s Natalia Josan.